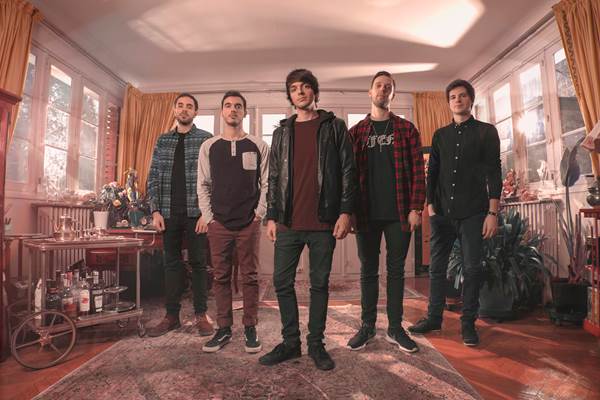 New album and European Tour for Chunk! No, Captain Chunk!

Paris, France rockers Chunk! No, Captain Chunk! are excited to reveal the details for their new album Get Lost, Find Yourself, set to release on May 19th.

The five-piece have become known for their lively brand of pop punk with a metallic alter ego. Visit ChunkNoCaptainChunk.com to hear a clip of their new single “Playing Dead”

On their upcoming new album Get Lost, Find Yourself, the band flexes a whole new set of creative muscles, delivering new anthems for the Chunk diehards through 10 tracks of pure pop punk energy tempered with their signature breakdowns.

While Chunk! makes music that is delightfully bipolar and has an innate knack for getting most pits moving, the members are quite serious about their craft and knew that their third album had to reflect their growth as people and as artists.

Recorded in Los Angeles, CA with producer Kyle Black (Comeback Kid, New Found Glory, The Color Morale) Get Lost, Find Yourself follow’s 2010’s Something For Nothing and 2013’s Pardon My French, each establishing the band’s foothold in the scene.

In support of the new album, Chunk! No, Captain Chunk! has announced a spring North American headline tour, set to kick off on May 1st in San Diego, CA at House Of Blues.

Support will come from Hit The Lights, Forever Came Calling, To The Wind, and In Her Own Words. This tour will follow their European run with Less Than Jake and Yellowcard.