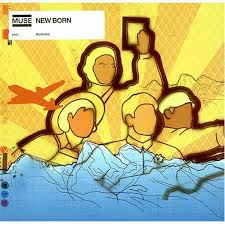 Released in 2001 as single from the album “Origin Of Symmetry”, New Born achieved quite a wide success.

Bellamy once, apparently, commented the lyrics of the song saying that It is about a fear of the evolution of technology, while it’s destroying all humanity.

His fear is that,  people will not be able to control it because it’s moving faster than we are.

The song is setting Bellamy in a location in the future where the body is no longer important and everyone’s plugged into a network.

The opening line is ‘link it to the world’, so it’s connecting yourself on a worldwide scale and being born into another reality