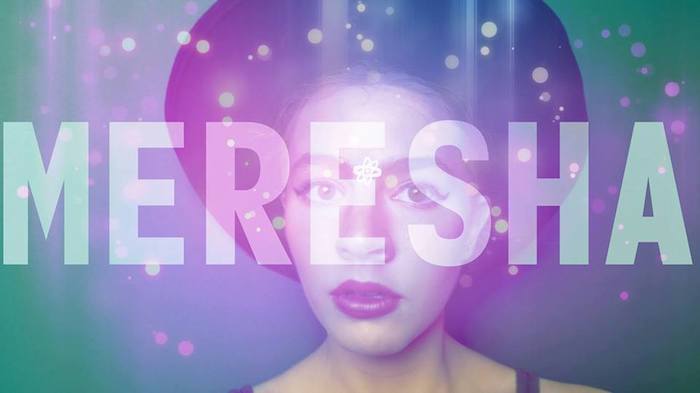 RYL: Your EP “NEW REVOLUTION ” was released in April … tell us more about it… when will you release a new one?

MERESHA:  First off – congrats on your site.  Wish you great success!

Regarding my own music, I recently launched a Radio Mix of the title track “New Revolution” as the first single off the EP.  The song is starting to get radio play in the US.  The video directed by Frank Rousseau (Pitbull, Magic!, Lil’ Wayne, Christina Aguilera, Enrique Iglesias) is out now too.

In addition, I am doing a remix competition on Indaba Music.  Over 300 Producers have entered mixes.  Some are wild – from country to hardcore takes on the song.  Now I have to figure out who won the competition and get that released.

RYL: Let’s talk about the song “LEMONADE CITY”, what it means for you?

MERESHA: Lemonade City is about being a bit of an outsider in a big city and having fun anyway.  We can all be the King or Queen of our own Lemonade City.  No matter what the cool kids and the pretty boys think.

MERESHA:  The songs on this EP were written around the same time.

They reflect some of the things I experienced or saw in this time.  I had just made a move to the US after growing up in Europe.  There was a bit of adjusting to do and a lot of new things I went through. The EP is not fully autobiographical but it does reflect all of that.

RYL:  Do you remember the day you wrote “NEW REVOLUTION”?

MERESHA: Actually it was written in over a year’s time.

It is based on a song called “Acid Bass” which is also out on iTunes, etc.  “Acid Bass” has a rap in it, and generally is packed full with music.

“New Revolution” was a distillation to get out the essence of the song.  Some of the vocals you hear on the record and the clapping were last minute things that were added as I was recording the final New Revolution version.  So, overall, a very long day…

MERESHA: There is no general rule.  I note down things that come to me all the time in a notebook.  I also have a recording setup at home to capture music.  Things tend to develop.  All the sounds on the EP are by me, so sometimes things change as I add new tracks.

MERESHA: Lots.  I’m just starting out.  The “New Revolution” video is just getting out there. I’ll try to work with radio stations to reach fans over the airwaves.  Will play live too.

For example  I may get the chance to open for 2 pretty big acts soon and potentially play live on TV.   Next summer might be a time when you will have a chance to see me perform at some of the festivals with some new tunes.

when our eyes meet it’s always something new

we’re dancing in the rain, our own skinny blue

gotta live for the pain, it’s not worth the wait

said baby i’m falling for ya