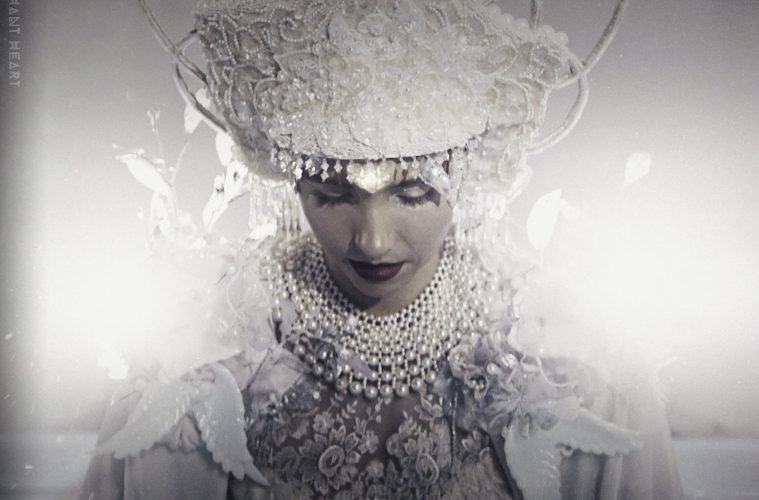 The duo says, “The songs have no actual words it’s all just spirit language. We hope that it can tap into spirit and be your inner warrior song. A good cry or a loud scream can say a lot of words when no words are spoken.  Honestly just looking into someone’s eyes with no words can say a million words. That’s kinda what we were doing with this song. It’s the inner warrior inside me crying out. English isn’t her first language.”

Call it musical serendipity. Call it spiritual harmony. Call it human oneness. However you label it, there’s a certain aura to Elephant Heart, Los Angeles’s duo who are on a mission to spread universal love and positivity through their genre-bending music and uplifting message.

Elephant Heart first broke out with their debut double-single “HIYA” and “WARFARE,” released in June 2018 on their independent imprint, Chumba Music. An inspiring love song about truth, “HIYA” is an uplifting “worship chant” featuring hypnotizing vocals, bright melodies and an empowering chorus. A dark yet bouncy East-meets-West fusion, “WARFARE” blends electronic components with world bass elements and exotic percussions, while addressing the issues of mental illness and the global suicide epidemic in its context.

Love is at the core of everything to do with Elephant Heart. It’s what’s driven Jason and Victoria to create an ever-evolving project aimed at promoting global awareness and enacting positive change in the world we all share. What once started as a dream between two partners today stands as a global community of like-minded individuals creating music, visual art, global collaborations and impact projects that celebrate creativity for the sake of creativity. And with new music in tow, the couple now enters the next chapter in the ongoing Elephant Heart story with full hearts and open minds.

“Lenguas” is the first of many upcoming releases in 2019. The new track, alongside “HIYA” and “WARFARE” will be featured on the upcoming Elephant Heart debut album.

“Lenguas” is out Everywhere at http://smarturl.it/EHLenguas