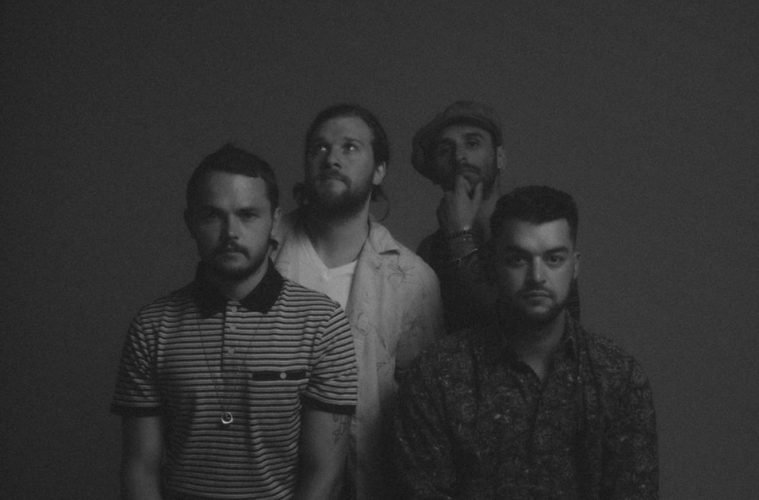 The lead singer Elliot says, “’Always Something’ is a song that was written from the perspective of someone who pushes people out of their life unintentionally…mostly by just little things they say or do. I’ve known a few people like that in my life, and I always want so badly for them to stop and realize what they’re doing. This person also has a problem with only speaking his or her mind while intoxicated. I’ve also known this to be the case. I’ve loved these people and respected them. If only they knew what they were doing. Maybe this song could help others be aware of their actions and maybe they can improve on them. It’s a sad song yes, but it’s meant to carry a helpful message.”

Be on the look out for all new music this year. Future Thieves is planning on releasing a new single each month.

In support of the new music the band will be doing some US tour dates and hitting up SXSW. See all tour dates below.

Formed in late 2013, Future Thieves is made up of Elliot Collett (vocals and rhythm guitar), Gianni Gibson (drums), Nick Goss (bass) and Austin McCool (lead guitar). The band started writing, recording, and touring across the United States. Among those performances were shows at major music festivals like Bonnaroo, SXSW, Summerfest, Forecastle, Kaaboo, Loufest, and Live on the Green. In 2015, the band released their first full length album, ‘Horizon Line‘. Prior to releasing their single “Sucker” in 2017, Future Thieves released Live at Blue Rock, which featured an additional four tracks, recorded live in Wimberley, Texas at the renowned Blue Rock Studios. Then their highly anticipated self-titled sophomore album dropped on September 2018.

Their new live album from the famous venue in Nashville, Exit/in is out now HERE.