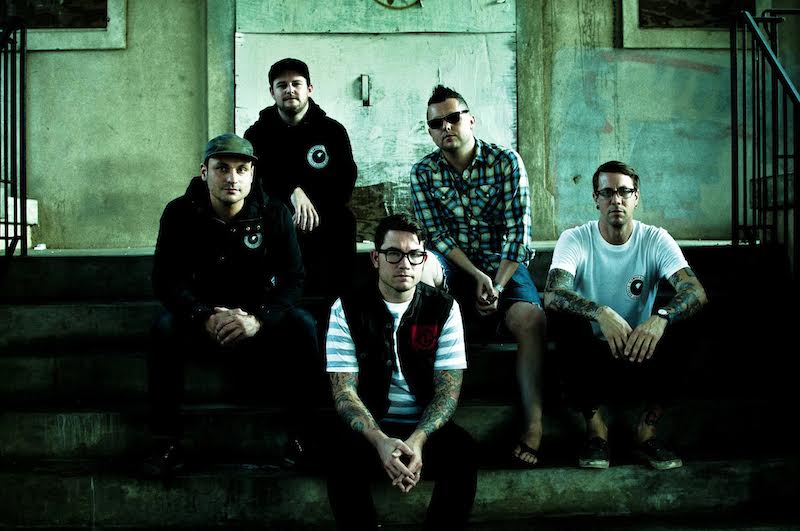 RYL: You just announced more dates of your new tour….you guys will be playing non stop until the end of the summer! Tell us more about it…

Hawthorne Heights: It seems like we are always on tour haha.

I guess that’s what we signed up for, because a touring band.

We are really excited that we are taking our acoustic STRIPPED DOWN TO THE BONE TOUR to the West Coast for the first time.

We are really digging into these songs, and tearing them apart to re-create them in this new setting. It’s been a lot of fun so far, and we can’t wait to show our fans what we have come up with.

RYL: Among all your songs, which is the one that has the most powerful lyrics while you sing it onstage?

Hawthorne Heights: For this upcoming tour, I am most excited about performing HOLLOW HEARTS UNITE.

This is a song that deals specifically with depression, self harm, and alcohol abuse.

Lyrically, I tried to create a tiny story that could help people with problems that are sometimes hidden. I hope that when we perform this song, it can be a therapeutic release for those who need it.

Hawthorne Heights: I typically write lyrics when I am playing guitar. Doesn’t really always have to align with what I am doing on guitar, but it helps me create.

I try to draw inspiration from as many places as possible. Sometimes it’s personal, sometimes it’s fantasy, but mostly it’s a bit of both.

Hawthorne Heights: Tough for me to choose anything as being the best in my personal opinion…so I prefer to let the fans decide things like that. I hope that people enjoy all parts of our music, from all eras.

RYL: What inspired “Ohio is for Lovers”, the fans favorite?

Hawthorne Heights: Ohio Is For Lovers is essentially about being away from home for the first real extended period of time, and experiencing the feeling of being lost.

It was a major adjustment to spend the winter of 2013 in snowy Chicago.

I wrote the lyrics to this song while in Madison, Wisconsin.

RYL: Do you remember the day you wrote “Niki FM” ? what inspired its lyrics?

Hawthorne Heights: This song is inspired by a few arguments that I had in real life, which were mimicking one of my favorite movies, Say Anything.

The tiniest fight can really inspire you to dive deep into your mind, which in turn can show you the simplest answer. The answer is always romance.

RYL: Let’s talk again about touring…until today, which was the best show you have done?

Hawthorne Heights: To a degree, I have enjoyed every show that we have ever played. Any time you get a reaction out of someone who is listening to a song you have written, it is a very good night.

RYL: what is behind the verses of “Silver Bullet”?

Hawthorne Heights: Silver Bullet is about finding yourself, when others around you keep seeming to fail you. It is always better to keep everything into perspective, and not sweat the small stuff. But…sometimes driving yourself crazy is the best way to write a song.

RYL: Ten years of “The silence in black and white”, what changed in your songwriting?

Hawthorne Heights: I think that understanding what you want in a song, is the hardest part. I feel like we have gotten much better about that.

Sometimes it is good to start a song with no intentions, and sometimes it is better to know exactly what you want. Sometimes you chase down the songs, but every once in awhile, the song chases you down. The best part about songwriting is that there are no rules.

Don’t allow yourself to be painted into a corner. Really, you can write yourself out of anything…as long as you keep playing.