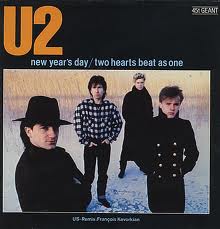 Released as main single of the album War, New Year’s Day was written 30 years ago by the U2.

The song was inspired buy the political situation that was affecting Poland, with particular reference to the Solidarity movement.

What was the Solidarity movement? It was the first trade union non controlled by the communist party, very strong those days in the Country.

It contributed actively in allowing Poland to evolve towards a more democratic and liberal political situation.

Somebody will also say that “New Year’s Day” was also dedicated to Bono’s wife, or better; it started like a song for the wife and ended up as a song for Poland…..