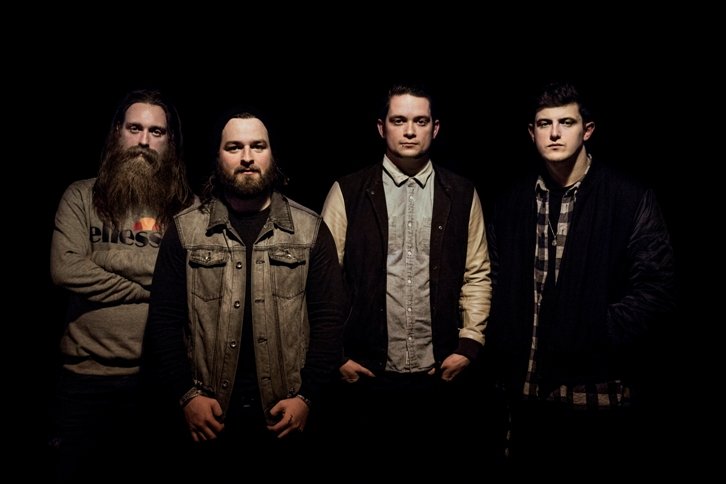 RYL: Your new EP “Night Heaver” will be released next february. What it does mean for you its release? Which was its main achievement in terms of lyrics?

The NX: In terms of lyrics, I think the biggest achievement is that these are the most mature lyrics I’ve ever wrote, and the four tracks piece together to tell a story. It’s the proudest I’ve ever been of a record that I’ve featured on, and the other lads will agree.

The NX: Most definitely. I wanted to the songs to tell a story of the grieving process that people find themselves in at times in life. People react differently to others, but I found a release in writing my thoughts in the form of music.

The NX: We’ve had the chance to play all four of the songs live and they’ve all gone down a treat, great feedback. I think we’d all agree that we love playing ‘Let Sleeping Dogs Lie’ at the moment as the ending is huge.

The NX: I like to get in the zone a bit, I try not to listen to music of the same genre as ourselves so I can try and take influence from other genres of music. I’m really in to my dark and a bit disturbing lyrics so sometimes a dark film can inspire me.

There’s not really a specific way I usually write a song, I just come up with ideas, write them down and piece them together.

The NX: For this record I’m pretty proud of ‘The Great Unwashed’s first verse which contains the lyrics “You might as well have stabbed me in the back, tore out my bones and put them in that hole that you left when you were so spineless”.

You can probably tell that it’s a bit of an aggressive song!

RYL: what inspired the lyrics of “the day it rained forever”?

The NX: It’s the darkest song on the EP lyrically, for sure. It’s about giving up hope, hitting rock bottom and doing anything to avoid reality.

RYL: how did you write “the great unwashed”?

The NX: This was actually the first track we wrote for the record. We just went in to it with clear heads and we loved the outcome. Lyrically it’s angry and aggressive, a big song to bang your head to.

RYL: Tell us about the upcoming tour, where will you play?

The NX: Nothing booked as of yet but we’re hoping to get all around the UK and Europe in 2015.

The NX: To enjoy it! We wouldn’t have started this band if we didn’t love what we do. You have to love the music that you’re making and you have to go out there and enjoy playing shows and making friends along the way.

We’ve made friends with so many cool bands this year, it’s really warming.

RYL: do you remember the day you wrote “let sleeping dogs lie”?

The NX: Mark (guitars) came to us with this huge riff. We knew it was perfect for the record. Like the rest of the songs, ‘Sleeping Dogs’ was written so naturally, there was never a point where we got stuck on what should come next. We can’t wait for everyone to hear it.