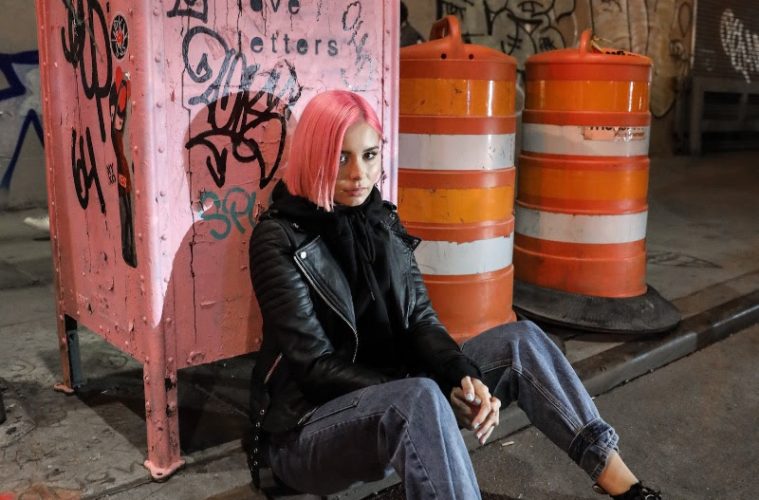 Scottish singer-songwriter, Nina Nesbitt returns with the release of her music video for new single, “Love Letter,” from her critically acclaimed album ‘The Sun Will Come Up, The Seasons Will Change‘ which is out now via Cooking Vinyl. The video features a mix of behind-the-scenes and live performance footage, all shot during her recent two-month stint in North America where she brought her album to life as part of the ‘The Sun Will Come Up’ Tour.

Written by Nina and produced by Fraser T Smith (Adele, Drake, Gorillaz, Florence and the Machine). According to Nina,“Love Letter is the sibling of Loyal To Me and an ode to 90/00s R&B pop. It’s an empowering anthem that you can sing loudly into your hairbrush”.

Earlier this month, Nina Nesbitt made her late night television debut on CBS’ The Late Show with Stephen Colbert, delivering a show-stopping performance of her hit single, “The Best You Had.”

In other news, Nina recently surpassed a quarter of a billion combined streams between singles and the release of her new album. ‘The Sun Will Come Up, The Seasons Will Change’ features production from Nina Nesbitt herself alongside heavy hitters Lostboy, Fraser T Smith and Jordan Riley (Macklemore, Zara Larsson); bearing no hint of compromise, Nina demonstrates her unique talent for acute lyrical observations and ear-worm melodies. Heralding a musical change of direction, with Nina evolving from her singer/songwriter past into a more decidedly pop realm. The album is a scintillating journey from start to finish, with Nina brilliantly showcasing her impressive vocal range and knack for writing deeply relatable lyrics.

“I’m so proud of this album,” Nina says.“This is the album I always wanted to make on my own terms. It’s an honest account of somebody in their early ‘20s, giving a real window into their often ever-changing life.” The album chronicles Nesbitt’s early adulthood and life experiences (good and bad), filled with a healthy mix of poignant ballads, like current single ‘Is It Really Me You’re Missing,’ and big and rousing pop moments like ‘Colder,’ and ‘Loyal To Me,’ are instant pop classics. The album starts with ‘Sacred,’ an emotionally-charged opener. Another obvious highlight; the multi-layered, biographical ‘The Moments I’m Missing’ which was written and produced in Nina’s bedroom as well as the R&B tinged ‘The Best You Had’ which was championed by the likes of Chloë Grace Moretz and Taylor Swift. Further highlights include ‘Somebody Special’, a love song with a twist which has had over 30 million streams on Spotify alone and destined-to-be pop classics like “Love Letter.” The album also features empowering anthems like the stand out ‘Empire’ not to mention deeply personal songs such as ‘Chloe,’ ‘Things I Say When You Sleep,’ and ‘Last December.’

After a whirlwind two month jaunt across North America, Nina is currently in midst of her SOLD OUT UK tour before heading over to Australia and New Zealand in late May for a string of live dates.