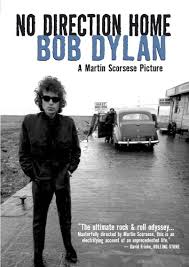 Directed by Martin Scorsese, this 2005 documentary on the life of Bob Dylan is just a masterpiece of the encyclopaedia of rock and roll movies.

It is a deep insight on his life, explained by Bob and his friends, colleagues, journalists and persons that lived those days of the rise of a rockstar.

Indeed the movie is very interesting, full of footage to be seen for the first time, exclusive interviews and, obviously, rich of all the amazing songs that contributed to the success of this incredible artist.

One thing you have to notice, it is not a documentary based on the entire career of the rockstar; it is only related to the period between 1961 and 1966, year of the famous accident with his motorbike that ended up with his absence from the stage for eight years.

What we liked about this movie? We were absolutely crazy in looking back at the interviews made by the journalist of that time.

We did like as well all the concerts, and the energy of the music that grew stronger and stronger with a speed that was higher than the one his fame was having.

208 minutes, over 3 hours of film that makes this documentary one of the best ever made about the story of Bob Dylan

Its title: of course it comes from his most famous song “Like A Rolling Stone”