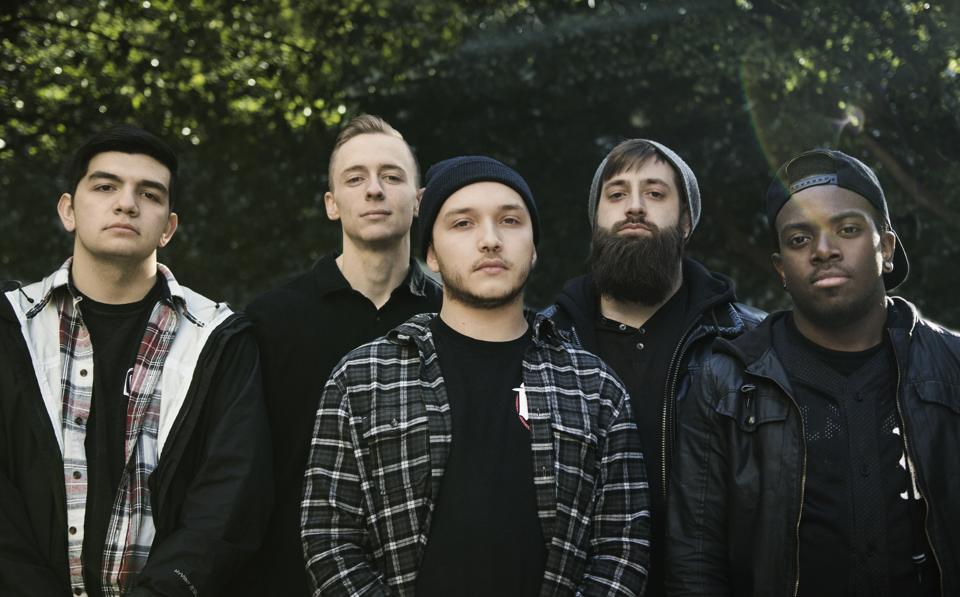 NO LONGER DEAD – interview with Windwalker

RYL:   You recently released your EP “No Longer Dead”, what it means for you?

WINDWALKER: I would definitely have to say that it means progression for me personally as a vocalist.

With Windwalker being my first band and all it was a big step for me and the subjects we wrote about were definitely things I had been through and experienced so in that aspect it means the world to me and I’m extremely proud of it. – Mark

RYL: Which is the main difficulty you encountered while preparing it?

WINDWALKER: Lyrically it was very hard to get through because it took so much time for Mark and I to dig deep into the subjects we were talking about. A lot of it was very personal and emotional for both of us. – Matthew

WINDWALKER: Honestly just being able to move past the huge walls we encounter in life and understanding that there’s always going to be something better at the end of every situation, that can lead you to places you could’ve never even imagined.- Mark

WINDWALKER: “My body’s in a sick, selfish state. My body is unstable, I walk around only as a present ghost.” from Bare Bones for sure- Matthew

WINDWALKER: Matt will usually come up with ideas for the instrumental aspect of the songs at his house and send them off to me and the rest of the band, and later on Matt and I will get on video chat and stay up for hours writing lyrics and collaborating for most of the songs.

There have been a couple where Matt has taken the lead and written lyrics due to the song being about a very personal subject but for the most part that’s how it’s done and it seems to work out and be pretty successful.- Mark

RYL: Tell us everything about “Bare Bones”….

WINDWALKER: Bare Bones was written at a time when the band started. I was still in college and realized I wanted to try and play music as a career.

Being constantly told by friends and loved ones that I was making a terrible decision and that it was a bad idea to pursue my passion, I slowly started sinking into a depression that caused me to not only emotionally be tired, but it began to take a physical toll on me as well.

I shut out family and friends and anyone that I was in contact with at the time. I was in between jobs so all I would do is write my emotions down and Bare Bones kind of came out of what I wrote.- Matthew

RYL: Do you remember the day you wrote “ Villain”?

WINDWALKER: Yes! Matt and I were up until 4 AM for about 3 days straight trying to figure out the last few verses to this song. It was probably the hardest one to write because of that alone.

We would sit for 10 minutes at a time on video chat just being silent trying to think of a line. Really tough nights but we ended up getting it right and we were happy with the outcome.- Mark

WINDWALKER: That would be Hatemonger! We wanted one super punchy song about something that I’m pretty sure everyone has a problem with and that’s the Westboro baptist church.

We strongly disagree with their actions and decided we’d voice our opinion about it.- Matthew

WINDWALKER: We actually are! Can’t say much about it but it’s with a really cool band or two.- Mark

WINDWALKER: Honestly we feel so at home playing in Dallas and Fort Worth because the scene here is incredible and the friends we’ve made are some of the best people we know.- Matthew

WINDWALKER: The song is really about domestic violence/abuse and just general neglect for anyone in a household.

I don’t have too much experience personally with the subject but we wanted it to be an anthem for the people that do have to deal with that on a daily basis, and kind of show them that there’s a whole world out there where they can be treated like human beings and not put down and abused, especially by family members and loved ones.- Mark