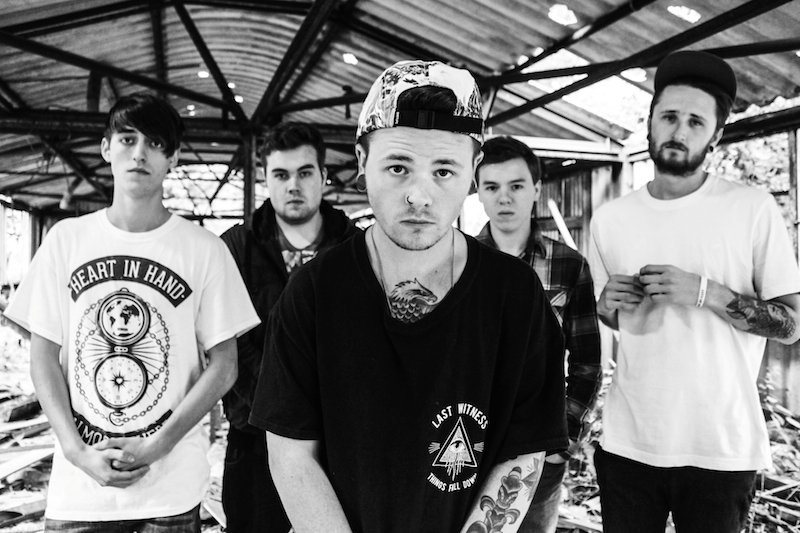 RYL: Your new album titled “No Love Lost” will be released the 12th January, lyrically speaking, what does it represents for you? Which was the main difficulty encountered in preparing it?

A ROOM SWEPT WHITE: Lyrics had been written by myself, the vocalist  and Alex (Guitar/Vocals).

We had written a lot about what people listening can refer to meaning the lyrics are to do with things such as day-to-day experiences whether that’s relationship issues, depression or reminding ourselves of stuff from the past.

We both encountered problems, but we just tried to come up with an idea and worked to put stuff around it.

We knew exactly which themes and ideas we wanted to write about from the start. The question was how we could express these things through music. It took us quite a while but we got there in the end.

RYL: One of the songs to be released is “better days ”….What inspired its lyrics?

A ROOM SWEPT WHITE: ‘Better Days’ was written specifically to do with growing up and where you were originally from and how it has changed so much since.

The idea of this song was to remind people that being young feels like a better time than it does now, and as you grow up you cant do the same things you could many years ago.

A ROOM SWEPT WHITE: Of course, I personally think all 4 of the songs we had written have sort of a similarity between them. All meanings are different but they all relate to someone or something that has happened to them in the past.

RYL:  Do you remember how you wrote “This Life” ?

A ROOM SWEPT WHITE: I give credit to Alex for this song, he pretty much wrote the whole thing due to me having problems with writing as I was focusing more on another song at the time.

But yeah Alex literally come up with the idea and wrote ‘This Life’ to do with today’s problems such as government issues and various other things.

I personally think the way this was written works really well with how the other guys put the song together.

A ROOM SWEPT WHITE: Usually sitting in a relaxing environment with some other music playing in the background to try and get the brain working more, but Alex and I mostly think of a topic, trying to work around what the idea will be.

I usually make a spider diagram with different words or sentences which could be used in a song and gradually build it up to something that makes sense and works well.

RYL: Which is the things you like the most in doing music?

A ROOM SWEPT WHITE: We all love playing live! Who doesn’t really in a band? I think we do all enjoy the recording process as well even though it is rather stressful after a while. Watching a simple riff and drum groove evolve into a full 4-5 minute song (for example) and the progression is always exciting to see.

RYL: What inspired “No Love Lost”?

A ROOM SWEPT WHITE: Personally my favorite song off the EP, this song was pretty much written to do with my past experiences that have happened to me. I enjoyed writing this song the most as how I was feeling it was good to put stuff down on paper and show it through the song.

I also focused a lot on people listening to the song as well hoping people could relate to it as its to do with a lot of the problems I was facing and many others are too.

A ROOM SWEPT WHITE: We’re looking to tour as much as we can next year (2015). The EP release in January is a perfect start to the year for us and we want to get out and play it live to as many people as possible!

A ROOM SWEPT WHITE: The band have been coming with new riffs and other various things but at the moment we’re mostly focusing on becoming tight live with the new set we have, then I’m sure we will come back with something new soon.