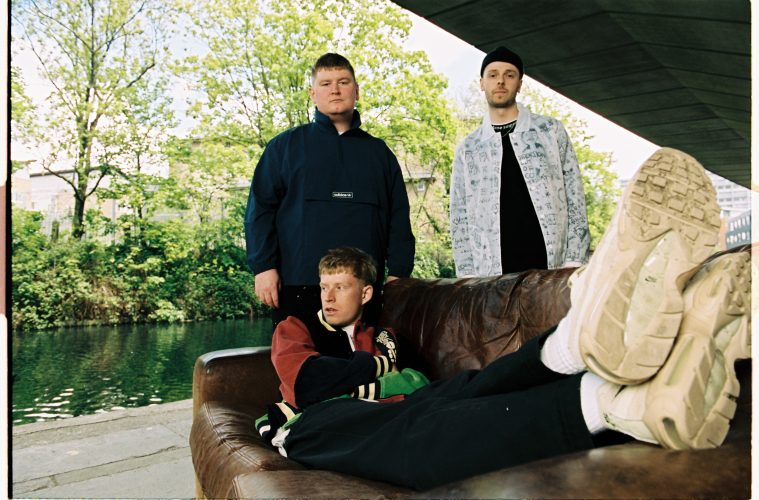 Rising trio NOISY have announced a headline tour for 2022 with dates across the UK and EU. With shows throughout January and February, the announcement arrives on the heels of their supporting slot at London’s Brixton O2 Academy for Don Broco, where the boys have been supporting the band across the UK this October and November. Purchase tickets HERE.

NOISY’s previous debut headline tour saw them play sold-out shows in London, Brighton and Nottingham. 2022 will see the boys return to those cities, stepping up the venues across the board. In London the tour includes a show at the iconic XOYO, as well as stopping off in Glasgow, Manchester, Liverpool and more.

Fans can expect to hear previously released singles ‘Rock ‘n’ Roll Raver’, ‘Young Dumb’ which was unveiled as the official soundtrack to FIFA 22 official game trailer, as well as 2020 favourites ‘I Wish I Was A’, ‘Where’s Your Head’ and more.

The band’s touring schedule has been eventful in more ways than one. After supporting Yungblud on tour, they were preparing to head back on the road with You Me At Six, when they had their tour van stolen, along with the band’s guitars, drums, synths, FX pedals, amps; the lot. Miraculously though, through their own detective work, they managed to track down their stolen goods and reclaimed all the equipment, just in time to embark on their headline tour.

Making music with no boundaries, NOISY comprises singer Cody, guitarist Connor and producer Spencer, a three-piece hybrid of hooks, beats and escapism. The group are massively self-sufficient when it comes to their art, writing, recording and producing all of their own music, designing their own merch.  as well as often shooting their own music videos.

2021 saw NOISY perform Reading & Leeds, All Points East, Boardmasters and support the likes of Yungblud, You Me At Six and Don Broco. There is no question that the Worthing trio are meant to be on stage, and next year’s tour is set to be one more defining moment in their already exciting journey. 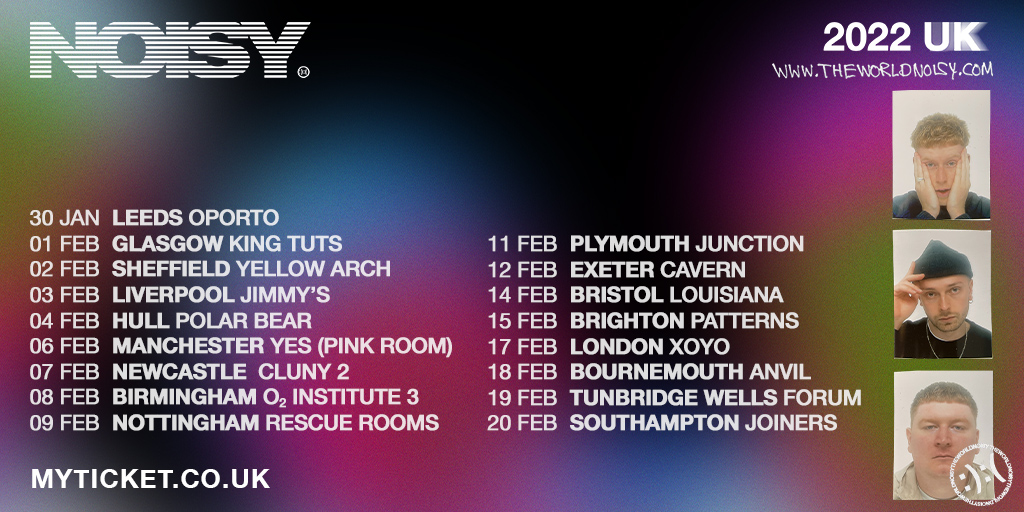