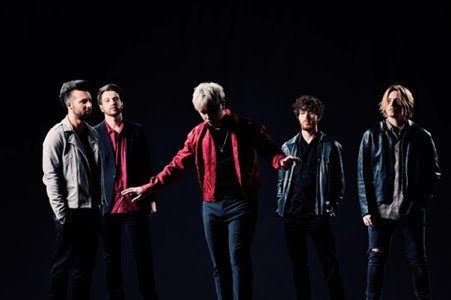 NOTHING BUT THIEVES Announce UK TOUR

Following two sold out shows at London’s Roundhouse at the end of last year, Nothing But Thieves announce today their biggest tour to date. The fourteen date tour takes in five cities in the UK, including a huge headline show at London’s legendary Alexandra Palace on 23rd November. The scale of these shows is testament to the success of Nothing But Thieves’ critically acclaimed sophomore album ‘Broken Machine’, which hit the #2 spot in the UK album chart.

To say Nothing But Thieves have been on an epic journey the past 18 months is an understatement.  Their debut self titled album has sold over 300k and streamed over 200 Million tracks globally to date.  These five lads from Southend have gone from playing to a handful of friends in Essex to sold out shows across the country, Muse tours, festival headlines in Europe and in the US and even South Korea (where they played to over 20,000 people) all of which have gained them a rabid fanbase that follow their every move. The band spent a big chunk of 2016 in America playing shows and performing on everything from Conan O’Brien, James Corden, to Jimmy Kimmel, their album became the bestselling debut from a UK rock band in the US that year.  Their success continues to grow with the release of “Broken Machine” and sold out tours both here and in the US, making them one of the most exciting new bands to emerge from the UK.