RYL: Your new EP “Novella” will be released in just few weeks, which is the main challenge that you encountered while recording it? What does it mean for you, lyrically speaking?

Vera Grace: We encountered a few minor issues with the production of the EP, only because we were being fussy and we wanted to make it sound as good as it could have been.

All they lyrics of the ep are metaphors of things from my life that have been put into a story that is set out like a play, like the idea of watching someone’s troubles on being played in front of you on a stage.

RYL: Bring us through the various parts of the Novella….. “Act 1”

Vera Grace: That was the interlude that Rich wrote, it was actually the first thing he wrote in the band. It’s meant to represent the idea of a movie, like the soundtrack that is constantly played through out the film.

Vera Grace: That everyone experiences death in someway in their life. We’re surrounded by constant worries and troubles that are different for everyone, someone’s biggest trouble and worry could be the smallest worry for someone else.

Anxiety is subjective but we all experience it in some way, but we have to keep on pushing through life and not let them hold us down and keep us still.

RYL: who gave you the best advice in your career?

Vera Grace: We’ve had a lot of constant support from friends and family, so I think it’s been more constant bits of small advice, rather than one big game changer.

We’re eternally grateful for every bit of support we’ve received. 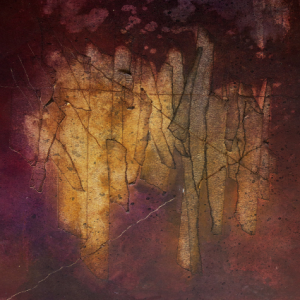 Vera Grace: I usually write lyrics on troubles that I have encountered in life. To be honest, it’s mostly to do with negative things and then I conceptualise a story around them.

When I write lyrics I imagine the land scape and scenery that I’m writing about, every little detail in this scene i’ve imagined.

Vera Grace: Act 2 is quite a major part in the story, it’s to do with all the different character stories entwining into one. And then it leads to the outcome of the story. A characters death.

Vera Grace: It may sound cliche, but it has to feel honest, and it has to be fun. No point doing it if it isn’t fun.

RYL: and the best verse you ever wrote?

Vera Grace: Personally, my favourite line is ‘Death can be an honest thing, makes you realise what you had and what you lost’

Vera Grace: From the E.P, it was the song Griever. Although we’ve got some new stuff in the works currently though.

Vera Grace: We’ve got some stuff in the works, hopefully we’re gonna be able to announce it soon! October is shaping up to be a good one…

RYL: Tell us everything about “Catharsis”?

Vera Grace: Well ‘Catharsis’ is about death. It’s the finale to the play.

It’s to do with the mother of the murdered son going back to the scene where her son was murdered and then she finds the killer sitting at the same bar, intoxicated.

The last part of the song is the build up to what is going to happen between the mother and the murderer.

It’s left open ended.. We’re going to end the story though.. You’ll have to wait for that though.