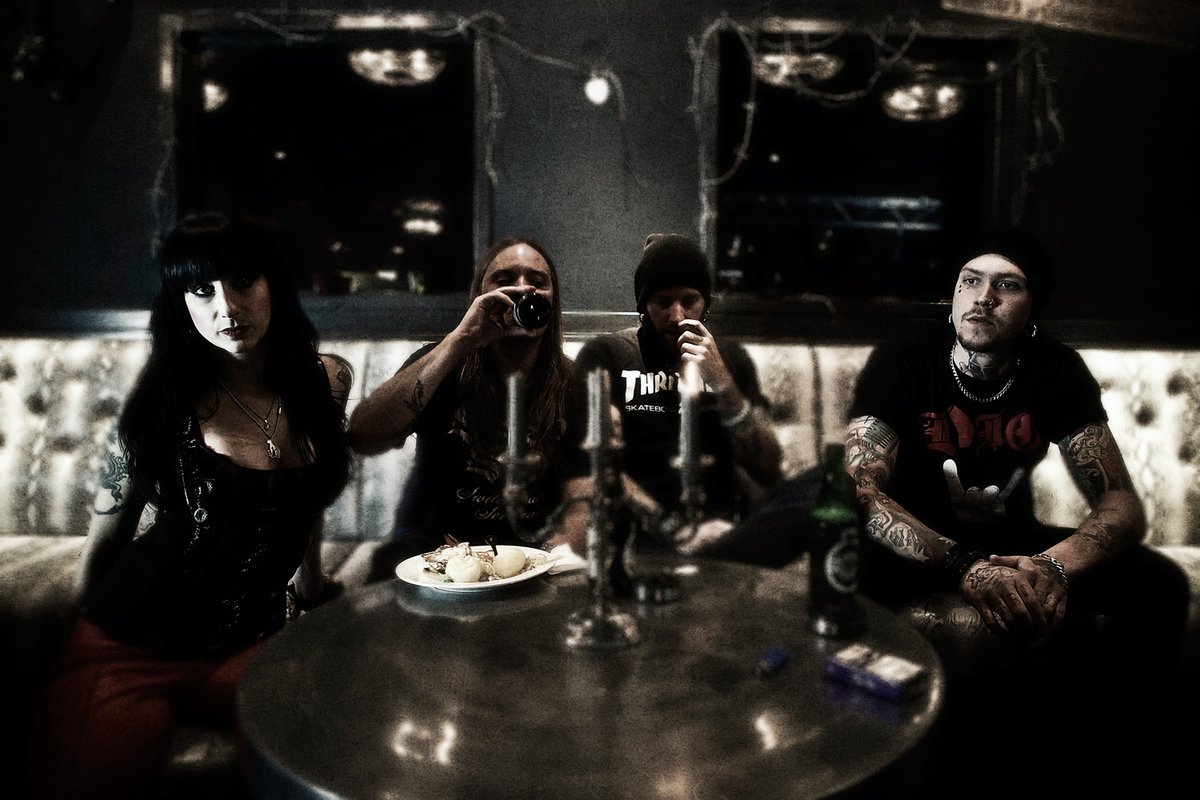 Dave, drummer of the band Sister Sin (http://www.sistersin.com), answered, today, to our questions regarding the band’s last achievements and the plans for the future….

RYL: One year after the release of your third album “Now and Forever” are you happy about the success it obtained?

Sister Sin: Hey there. Yeah definitely! Every album we release seem to take us a couple notches further and we get to visit countries we´ve never been to before and get to play for larger crowds every year. We´re by no means an overnight success or flavour of the day kinda band, so we work hard and spend most of the time on the road to keep building a fanbase. “Now and Forever” is the first album where we had some radio play & chart placing so that has helped quite a bit of course. But we still firmly believe the key to success, for our band at least, is to tour as much as possible and gain fans through live performances

RYL: Would you have changed something in it?

Sister Sin: No, not really. As far as the songwriting goes I’m still very happy with it and think it´s our finest work to date. The recording was kind of a hassle and I wouldn’t record under those circumstances again. Also, the release date could have been pushed back to early 2013 since Liv had vocal surgery right about the same time we released the album and we had to cancel a lot of shows. So that was kinda bad timing but you can’t control those things in advance.

RYL: Are you currently working on new songs? How would you define your songwriting process?

Sister Sin: Yes we are. Or we´re actually start writing in late December and do pre-production at the same time. I would define the process as hectic, stressful and rewarding at the same time, ha, ha! We usually set aside about two months for writing and book a studio in advance for the third month, which makes it a race against time to have everything done before we start tracking everything. This time around we´re gonna wait to schedule the studio until all pre-production and lyrics are totally done.

RYL:  How did you write the lyrics of “Fight Song”?

Sister Sin: It was just one of those spur of the moment lyrics. I was frustrated about our manager who bled us dry, our former booking agent and just bullshit in general I guess. Just felt really good to start off the first line with “Fuck You! Fuck them and fuck the world too!” To make it fit a bit more out of Liv´s perspective I added “Do I look like some bitch to you?” as a second line. It was just a fun little thing to write and I hope people can relate to it in other terms rather than just my view of the music business at the time.

RYL:  and “End of The line”, it was inspired by something in particular?

Sister Sin: Last year it was a lot of talks about the world going under, the mayan calendar, repent your sins and all that nonsense. So it touches that subject but the lyrics are about a character saying; “If we´ll all die tomorrow I´ll rather go today” and evolve around that. Something along those lines at least. The content of it all is basically we´re all gonna go sooner or later anyways so what’s the big deal.

RYL: You are from Sweden… a lot of very successful metal band are from your country, why in your opinion this genre is so big over there?

Sister Sin: We get that question a lot and I still don’t know what to answer. Years ago I would say its because our country supports culture but the government & the politics has changed a lot so I can’t use that argument anymore. Maybe it’s the clear mountain water, the long cold winter or perhaps IKEA??  It’s most likely the fact that we got nothing better to do in our teens than to lock ourselves in a practice studio playing Metallica riffs over and over again, ha, ha.

RYL:  Among your idols there are Megadeth, which was the most important innovation they brought to metal in your opinion?

Sister Sin: I wouldn’t say Megadeth are our idols or necessarily a big influence to us as a band.  We do listen to them alot though and Dave Mustaine is a kickass riffmaker for sure! In my opinion they did bring a lot of technical stuff, melody and speed to the Trash genre and they are by no doubt inspiration for shitloads of bands in the eighties, and still are for a lot bands today I guess.

RYL: Which is the verse of one of your songs you still like the most?

Sister Sin: I would say the first verse for “Fight Song”. It’s just stupid catchy you know and everytime we play it the audience always sings along to that one. May be that it’s not my proudest achievement as a writer, ha, ha. But if people remember it and the words stick to your head I guess it gets the job done.

RYL: “One out of Ten” it is a song included in your first album “Switchblade Serenades” released in 2008…. How do you remember writing it?

Sister Sin:  Chris, our former bass player, did the lyrics for that one so I can’t say much about that. I do however remember it being one of the last songs we wrote for that album & me and Jimmy were working really late to get all the arrangements done in time for recording. We still play the song on every live set today.

RYL: Tell us about your next challenges …..

Sister Sin: We´re doing our last show in a couple of days off the “Now and Forever” touring cycle and then me and Jimmy are gonna sit down and write for whole of January/February. So the next challenge is to get that done, record the whole thing and get back on the road. Business as usual 🙂