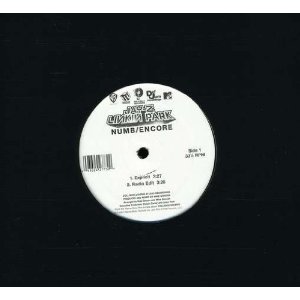 Second post today related to bands coming from California; this time we will talk about Linkin Park a band formed in 1996.

We can say that Linkin Park are part of what is defined Nu Metal that combines heavy metal with rap/hip hop and grunge.

Limp Bizkit and Korn are another bands that belongs to this movement (please go and look the Sam Dunn documentaries of 2011 called Metal Evolution, those are fantastic and really informative).

Mike Shinoda was the funder of the band together with Rob Bourdon and Brad Delson then joined by other members that did not spend too much time in the band.

Numb is part of the album Meteora 2003 (published by Warner Bros Records), the success was immediately huge and reach even more audience when it had the collaboration of Jay Z in Numb/Encore.

The album sold over 4 millions copies only in US.

The lyrics of the song are pretty obvious, they talk about being ourself in a world that wants you to be something different all the time.

For this reason we become “numb” ,we are not able to have feelings anymore.

The video of Numb tells a story of a young student that has to face an hostile environment at school , she is good in making drawings but  everybody else is making fun of her, or worst not even considering her.