Number one lyric rule is “be honest.” – Interview with Carah Faye

Today’s interview is with Carah Faye (https://www.facebook.com/carahfayemusic/) an American singer and songwriter.

Together with her we discussed the meaning of music, the importance of lyrics and her future projects. 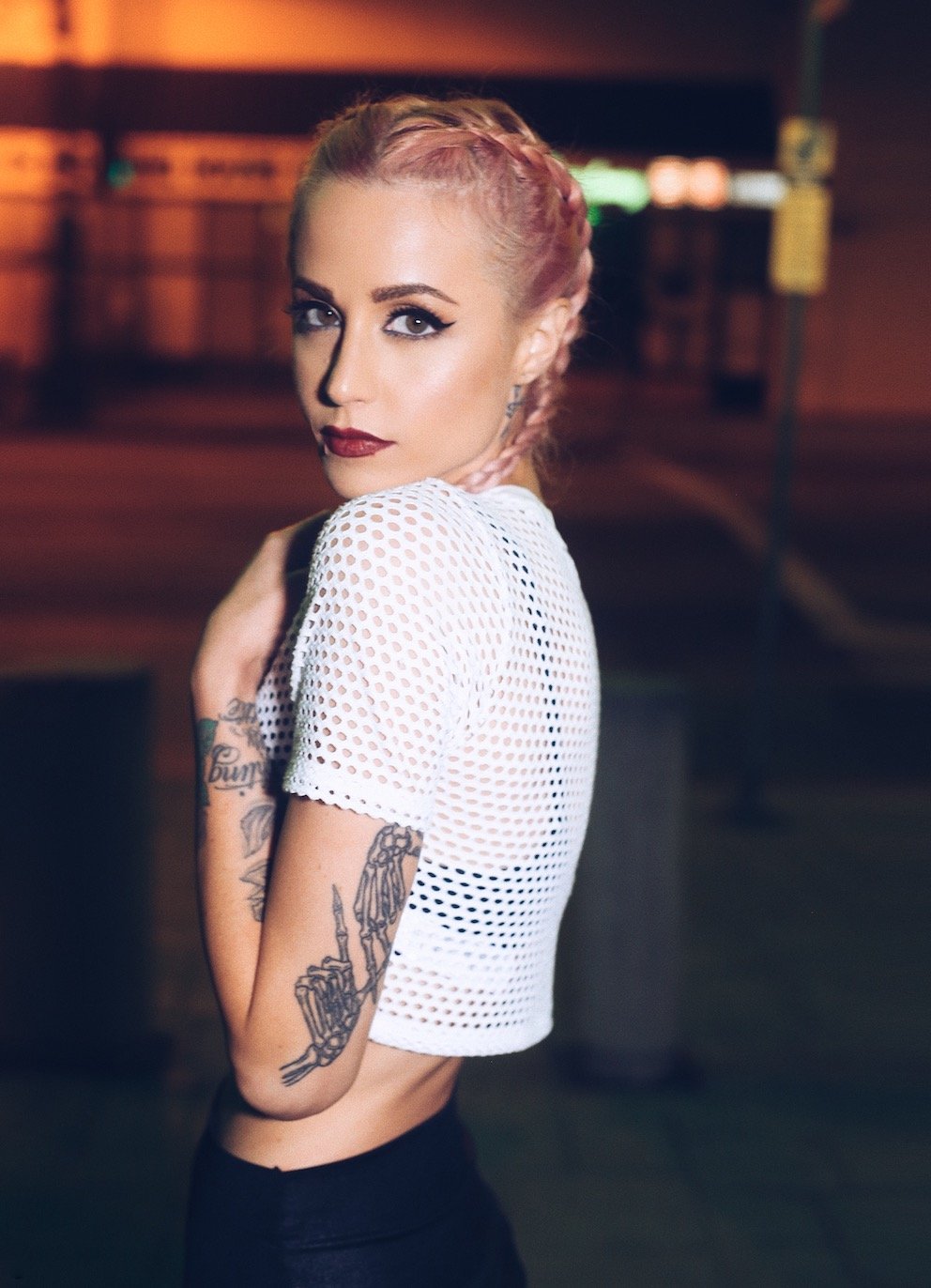 Lyrics usually come after the melody. Sometimes it feels like I think in melodies. When I’m lucky they come together.

If they’re not coming naturally then I’m probably not writing from a real place.

That said, sometimes it feels like you’re trying to open a box that you can’t. Then, all the sudden, you do and everything spills out.

Number one lyric rule for me is “be honest.” 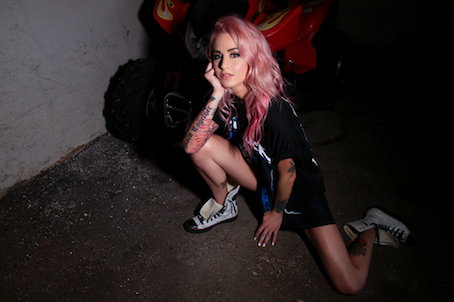 Unfortunately, Gold Plated came from a place of frustration.

Frustration with myself, and life, and the things that society at large are focusing on right now.

Kind of woke up one day with an outsiders perspective on “life“ and was fortunate enough to be writing that day.

There are lies that we start to believe. And they can begin to dictate our lives.

The chorus is essentially my “that’s enough“ to those lies that I personally believed. 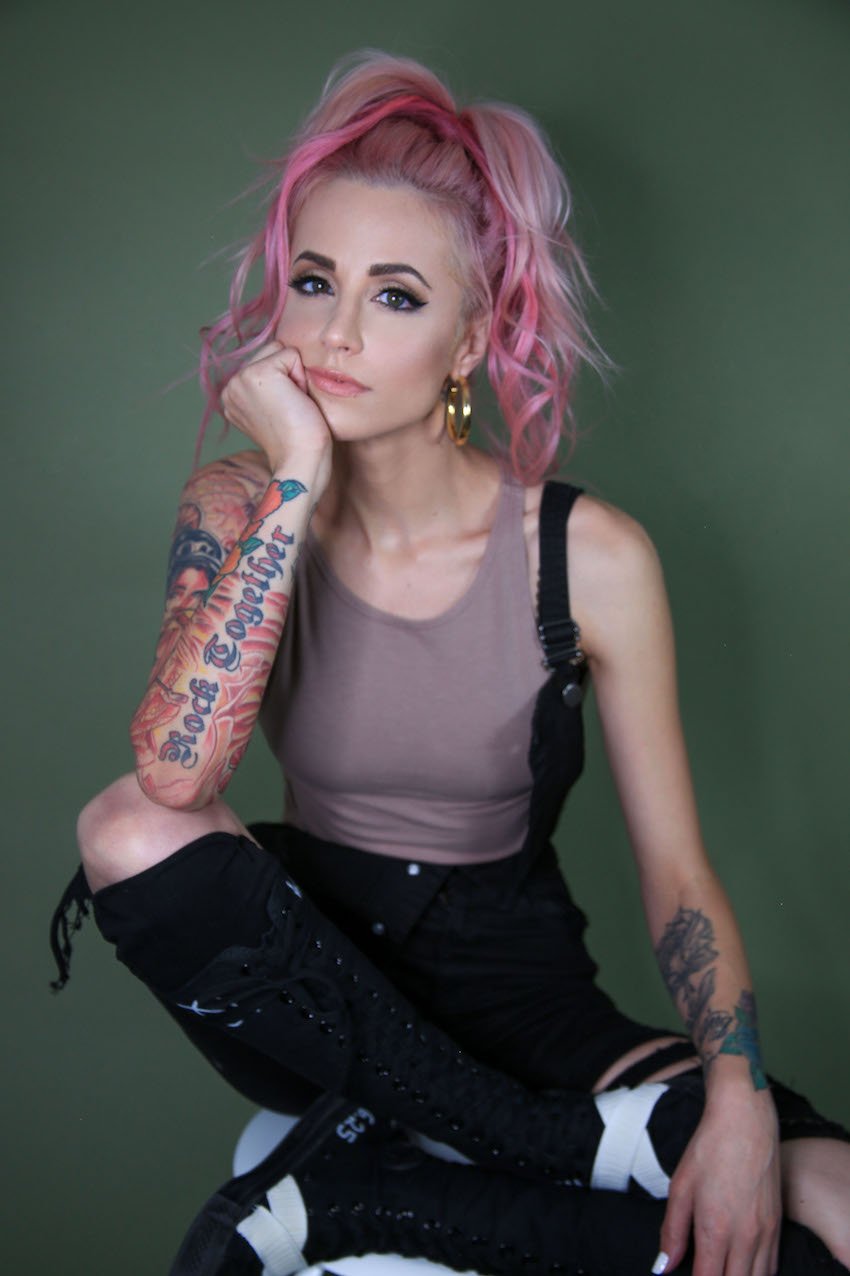 I don’t know if this is the best verse I’ve ever written but sometime around when I was living in Sweden I wrote lyrics to a song called ‘Reckoning’.

Up until this point I was always writing from a place of strength. I thought that was how I was going to help people. But I wasn’t feeling strong a day. I ended up writing a song that felt “weak”.

The lyrics to the first verse started with “maybe I don’t know where to begin. Maybe this time I’ll seek reckoning. At least I’ll try.“

It was a song about not knowing what to do, being confused, being lost. It was brutally honest. I sent it to some friends and family expecting no one to even respond.

But everyone loved it. Everyone said it was the best song i’d written at that point. I was so confused but he really taught me that above all people want honesty.

And being strong for others sometimes means being vulnerable with yourself so they have someone to Identify with.

That was like six years ago and to this day I still think about it and remind myself to be honest with every new song I write.

When is last time you wrote lyrics for a song?

I’m always writing lyrics for song I have a written yet.

I know I said the melody is usually come first but I wrote poetry before I wrote songs. Sometimes I get for thoughts and sometimes it’s just a phrase.

But I write them all down revisit later. Sometime I know exactly what I meant and other times I think I’m the worst writer alive!

But that’s what unfinished ideas are. Just blurbs in the sky that don’t make sense yet.

All of that said, I was writing words as recently as this morning!

What is your favorite song (not written by you)?

I’ve never narrowed it down in my head. If I had to go by how they make me feel then Otis Redding ‘(Sittin On) The Dock Of The Bay’.

And if I had to go by lyrics then maybe Bonnie Raitt ‘I Can’t Make You Love Me’.

I’m a happy person who writes AND listens to sad music. Maybe that’s where all my sadness goes to die.

Do you remember the day you wrote “don’t say a word”?

Yes absolutely! I remember being sad that day.

I was in a relationship that was hurting me. DSAW is definitely a great example of a song that I used to say what I wanted to say in real life.

Looking back it’s crazy to see how much pain can come from a relationship that isn’t even good for you. Our hearts are funny.

When you will release your new album/ep?

Main focus now is figuring out how/when to release it properly. I’ve been writing new songs for over 3 1/2 years now so doing it right is very important to me.

What does music mean for you?

Music has meant the world to me for as long as I can remember. I’ve been singing on stage since the age of 6 or 7 so I remember it from my earliest memories.

When I was a kid music just meant fun. No it means expression and discovery and my connection to the world.

When you bought your first record? Where was it?

The first record I remember buying for myself was Boyz II Men ‘II’.  I loved that record so much.

I had really picky taste from very early on. An older cousin of mine came and lived with us for a year so.

I remember him listening to Limp Bizkit, Snoop Dogg and Bone Thugs-N-Harmony.  Right away I wanted nothing to do with Limp Bizkit loooooooool.

And I immediately became obsessed with west coast rap. But also Nat King Cole and Whitney Houston so I was everywhere.