Oceans Of The Moon announced their debut self-titled album. Along with the announcement, the band also shared the “Blowing My Mind” video. The debut album will be out 7/8 on Castle Face.

“A dusty plain
A red sky
Sand in your teeth
‘I don’t feel so great…’
A post-apocalyptic hooptie jeep-jammer
‘Why is everything in ruins?
There must be others like us out here somewhere…’
This fine sizzling grease pit of cyberpunk comes to us from
Psychic veteran Rick Pelletier (of Six Finger Satellite, Landed, LA Machine)
Always bringing an interesting, bent and lurid account of visions to wax for the hungry ear bone
This time around the equipment scavenged is guitar, drums, synth, and vocals
The beat goes full lotus climbing out of the goo
Like men with sap gloves slapping the hulls of the remaining clubs
Keeping the peace during live actions
Gorgeous nauseating synthesized harmonies blowing thru the ceiling vents
Frickle-Fried guitar belly slash and vocals delivered over the P.A. at Bartertown
(Sometimes from the workers in the pit, in unison)
Picture a bucket of molten metal with gobs of scalp sizzling and sinking away…
Dance music for the infected
Be sure to double up on your dose before driving around on this one
So you can wipe the chum smear off your windscreen”
– John Dwyer

The album is out on Castle Face Records July 8th 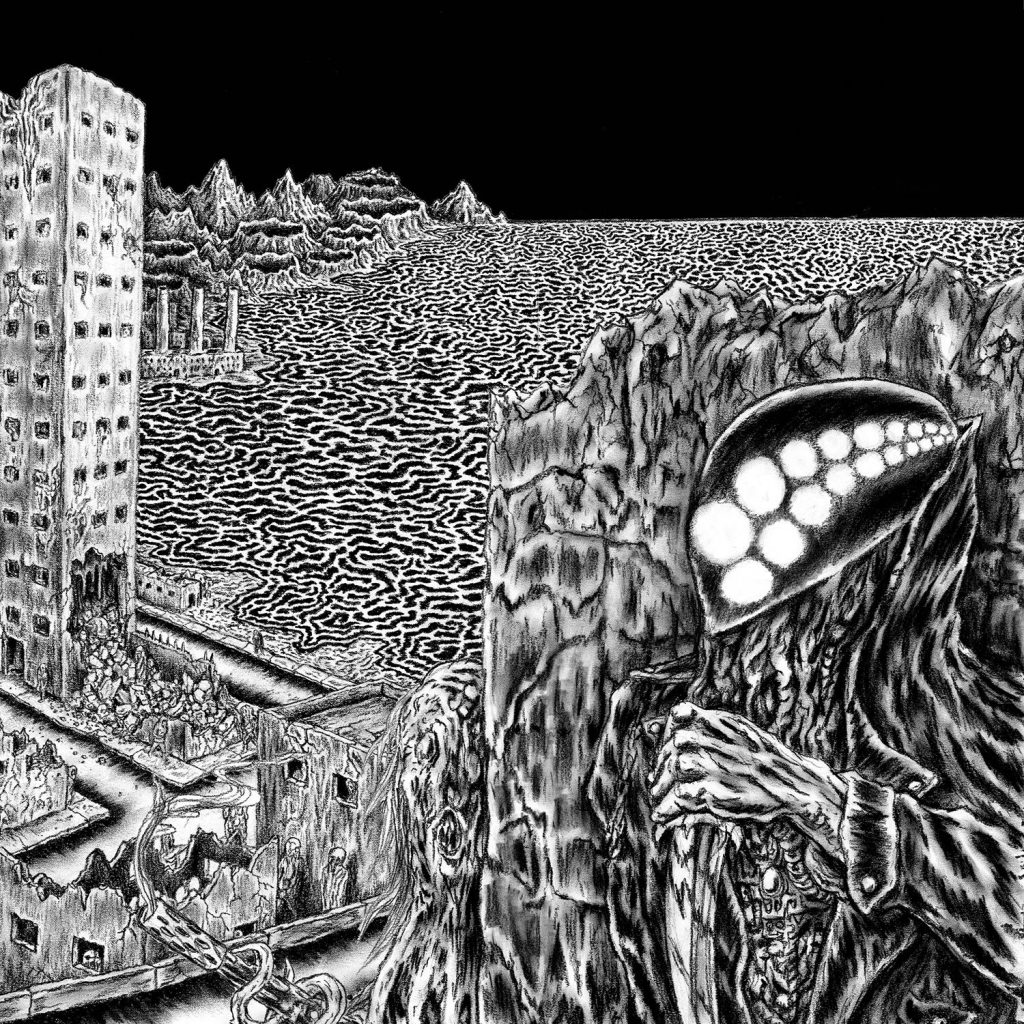 Oceans Of The Moon – Tracklisting