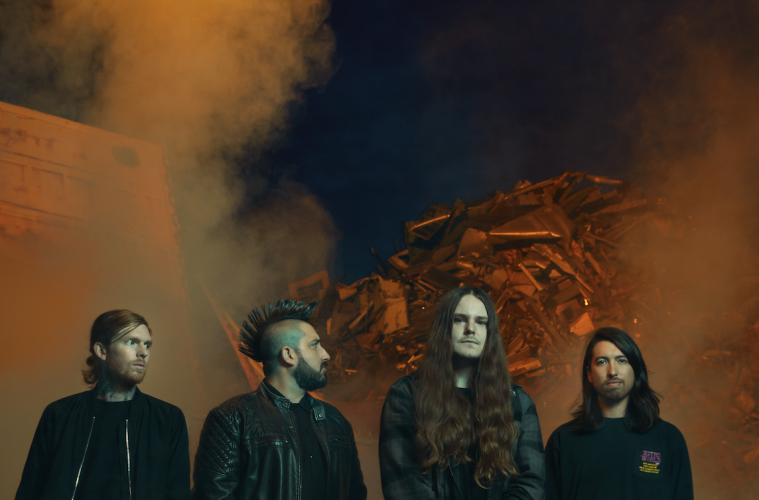 Of Mice & Men have been busy working on new material with producer Josh Wilbur. As they embark on a massive US tour with Beartooth, the band have published a new sinlge & video called “Mushroom Cloud“. Of Mice & Men will be back in Europe this summer for a few headline shows and festival appearances. Check out the dates below!

“I was pretty young when I became aware of the danger of spending too much time in my own head,” said singer/bassist Aaron Pauley. “My mind has never been a safe place for me to retreat to, and it’s something I have to consciously deal with on a daily basis. ‘Mushroom Cloud’ is our visceral representation of how it feels to be trapped, how it feels to be cut down by your own inner voice, how it feels to have nowhere to hide, and how it feels to be someone with a mind that’s as dangerous to themselves as the aftermath of an atomic weapon.”

“We’re so excited to be on the road, playing our songs live for our fans, all around the world“, said Pauley. “Having just recently completed our sixth album, we’re ready to reconnect with our fans face to face and are ready to go places we’ve never been before, delivering our brand of rock and metal to the masses“.