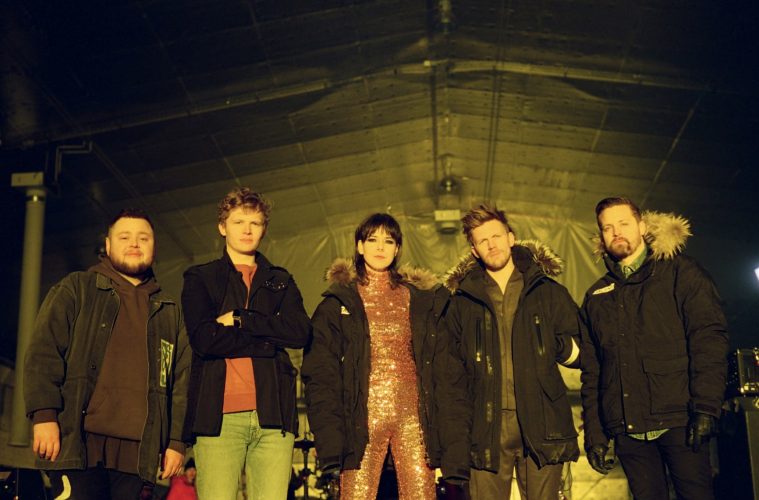 Multiplatinum Icelandic quintet Of Monsters and Men return with a brand-new single entitled “Visitor.” The track is the first song off of a body of work coming at the top of 2021 in celebration of the group’s tenth anniversary together.

Regarding “Visitor,” co-lead vocalist and guitarist Nanna Bryndís Hilmarsdóttir commented, “‘Visitor’ is a song about disconnection and being on the fringe of change, seeing everything you once knew disappear, and finding yourself in the role of the visitor. It was written and recorded when the world was a completely different place, but the post-apocalyptic world of the video seems fitting. We shot the music video for it in Iceland in the freezing cold of February right before the pandemic hit. We are so very excited to finally share this song with you. Much love.”

In the video, the beautiful landscape of the band’s home country takes centre stage as it was shot in Iceland by local director Thora Hilmars. The video sees the band performing in an icy airplane hanger as Nanna and the band perform to daybreak while the song’s emotionally charged hooks talk about life in transition, “Just like a parent’s house, I’ve become a visitor.”

The single sets the stage for 2021 when the band will celebrate 10 years of being together with more new music and other exciting content for fans. It brings everything full circle for the band with a bold new body of work.

In 2019, the group welcomed listeners into the embrace of their critically acclaimed third full-length album, ‘FEVER DREAM.’ Not only did the record tally 80 million-plus total streams to date, but it also attracted acclaim from various media outlets. In addition to selling out dates coast-to-coast on the FEVER DREAM Tour, the group delivered rapturous television performances on Jimmy Kimmel LIVE! and The Tonight Show Starring Jimmy Fallon.

Of Monsters and Men went from the talk of Iceland to the top of the global conversation on their 2011 debut, ‘My Head Is An Animal.’ Not only did the record go platinum, but it also produced an international smash in the form of “Little Talks.” The breakthrough single earned a quintuple-platinum certification from the RIAA, made history as “the first song by an Icelandic band to cross 1 billion streams on Spotify,” and landed the band a performance on Saturday Night Live. The group appeared on official soundtracks for franchises such as The Hunger Games, The Walking Dead, and Beat Bugs, to name a few. In addition to performing at festivals such as Coachella, Lollapalooza, Firefly, and beyond, they supported Florence + the Machine on a high-profile arena tour. In the midst of this rapid rise, 2015’s ‘Beneath The Skin’ bowed in the Top 3 of the Billboard Top 200 and the band starred in an episode of HBO’s Game of Thrones in the same year.