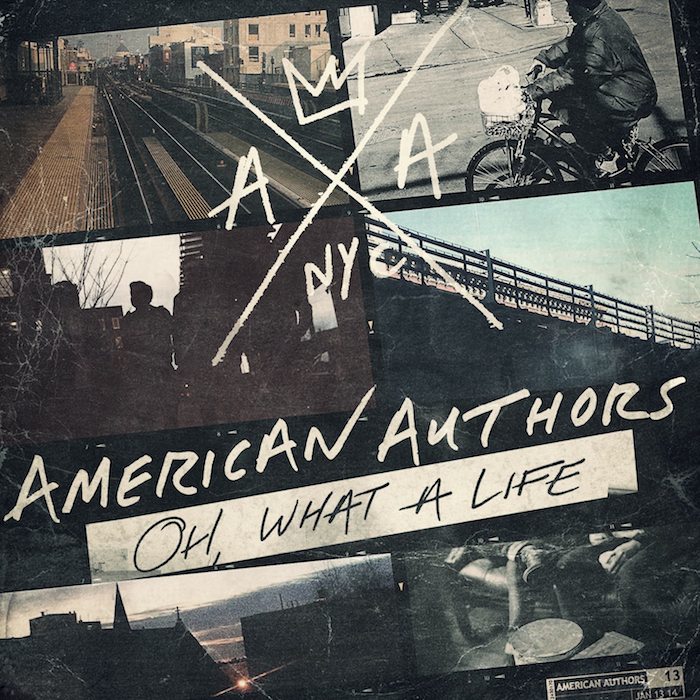 Oh, What a Life -Interview with American Authors

Twenty days before the release of their debut album, American Authors answered today to our questions  (http://weareamericanauthors.com).

RYL:  2014 started with a great news, march 4th your first album “ Oh, What a Life” will be released, tell us everything about it! 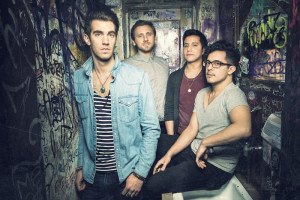 “Oh what a life” is a collection of experiences we’ve all had as a group over the last 7 years. From finding our own happiness, to going on adventures, to bad break ups, to losing friends, overcoming adversity and personal struggle and more.

It’s our first full-length album ever. There is a little something in the collection of songs for everyone. We are so proud of it and can’t wait to share it with the world.

We are all songwriters. We all bring a piece to the puzzle when approaching a song. We also went to school for different things.

Zac and James were songwriting majors, Matt was an orchestral composition major, and Dave was an electronic music production major.

We all have very eclectic taste in music. We also never downplay each other’s creative flow. If someone wants to be daring with arrangement or melodic structure or chord progression we always give everyone a fair chance to express themselves.

It really makes the songs more organic and interesting. We are very like-minded in that way.

RYL: We love the song “Believer”, you wrote it thinking about somebody in particular?

American Authors: Believer was a song written at a time when the world was sort of in disarray. Hurricane Sandy hit us close to home, some of us lost our jobs due to the storm, some were still stuck in the grind of the NYC hustle, restaurant jobs.

We hit a wall, wondering if there would ever be a chance for us to make it in the music world. We were just all sitting around in the place where we write which is a tiny 2 bedroom apt. with 4 guys living in it. Matt lived in the living room.

We started rocking; James picked up the banjo and started playing a riff that was made for guitar originally. Chords were made and melodies soon to follow.

It’s a declaration to everyone’s insecurities. We’re all a little of this and a little of that but at the end of the day we all believe we can be better individually. Though some things about ourselves define us, we don’t have to let them go.

We are all only humans striving to be the best we can.

RYL: Have you already signed for the tour that will support the album? Where it will bring you?

American Authors: Yes, we will be heading our first real tour on March 24. Super excited about it. We’ll be starting in New Orleans, Louisiana, and cutting our way though the Southeast and up through the Midwest as far as Milwaukee.

RYL:  How did you meet each other?

American Authors: We met at Berklee College of Music in Boston, MA. We found each other through friends of friends. James met Zac in songwriters club. In that time Matt had been playing with Zac for some time in various projects.

Dave was the last to join the group. Dave met Zac on Facebook when it was only accessible by College students back in 2005. When he joined the Berklee Network he was eager to find musicians who had the same taste in music as him.

Stumbling upon Zac’s profile. Dave and James also shared a class, which they didn’t know about until they finally met up in the practice room where they all played together for the first time. Everything after that clicked. It’s been 7 years since the first practice and we are still together with one goal in mind, to make the best songs we can.

RYL: “ Home” is the last song of the EP, when did you write this song? It is somehow related to Brooklyn?

American Authors: Home is a song about the progression of getting to Brooklyn. We wrote the song when we started writing the beginning of “Oh, What a Life”, back in 2012 – early 2013.

It’s related to anyone who encounters struggles in their lives in order to be with the ones they love, or in the place they call home.

The memories, the storms along the journey that might detract you from your endpoint, all with a singular goal of making it to where you want and need to be.

RYL: In your career, who gave you the best advise?

American Authors: Each other. We never give up on each other. When people around us said it couldn’t be done, we stayed optimistic, vigilant, and hungry. We always listen to each other. We are brothers in sound, and on this adventure together. We wouldn’t be here if it wasn’t for each other .

RYL: And in your life?

American Authors: Our families and relatives. Music is an industry that is daunting to most families. Our families were grounded enough and optimistic enough about our passions to pursue our dreams.

There were many trials and tribulations that come along with the life of a musician. By providing a strong foundation, they nurtured our dreams, which is extremely important for success in any artistically driven career.

American Authors: We are music lovers, listeners and explorers. Everything inspires our sound. Modern to old school rock, Electro and techno, classical to funk, hip hop to metal, everything is inspiration.

We will always be listening/looking for what’s fresh to us and creating the music we love. Stay tuned.