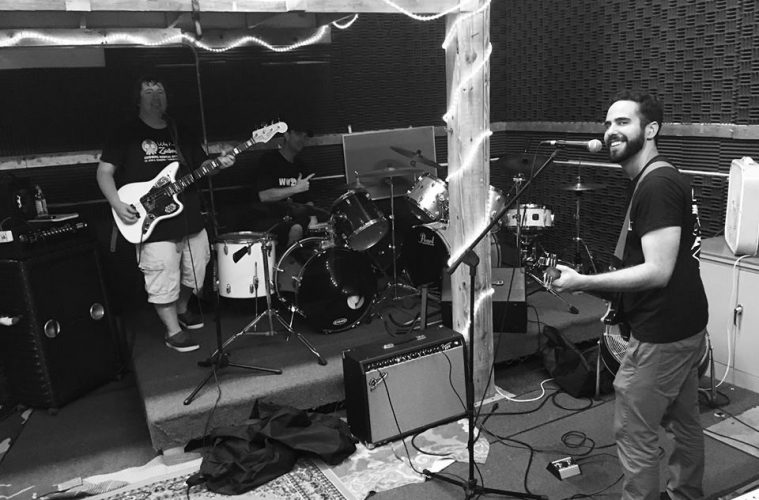 rockyourlyricsJune 7, 20180 views
Rock Interviews0 views 06 min read
How do you usually write the lyrics of your songs?
I’m always working on writing songs. Like most people, my challenge lies in sifting through a lot of nonsense that I’ve created and putting something together that’s actually good.
On previous albums, I would tend to write songs that were more exclusively autobiographical. On more recent songs, I’ve tried to branch out into writing more about people that I observe and things going on in the world around me, as well as things that are affecting me directly.
While my albums aren’t novels, I do attempt to craft the songs for the album with some form of loose, general lyrical themes or narrative thread.
Are you ever scared of revealing, aspects of your personal experience, to strangers through your music?
There is definitely a vulnerability aspect to songwriting that you have to contend with when playing live or releasing these songs to the public. In this scenario, you’re no longer just being honest with yourself, you’re being honest with everyone else that could potentially hear these songs.
At the end of the day, writing about these personal experiences or thoughts is cathartic and I value that feeling of release more than I value any reservations about what people might think about the lyrics. 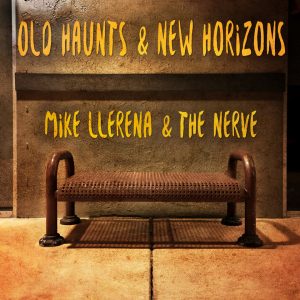 Is there a common theme between the songs of the album “Old Haunts & New Horizons”?
The contents of this album span years of my life. Some songs were written within the last year or two, some were written well over five or six years ago.
At its core, I think the album is about the bittersweet nature of nostalgia. It’s about how where you’ve been has gotten you to where you are now and what you’re going to do to get to where you’re going next.
While this is not a concept album in a traditional sense, the album was sequenced to reflect a loose narrative following a young person’s “coming of age” story. It’s the story of life after you start “adulthood”. In some ways, it’s about the last few years of my life after graduating college.
But, there are also parts of it that are bigger than just my personal story. Things that are just experiences that all young adults go through as they try to forge their own path in society. Things that they observe in the world around them and have to make sense of now that they’re older.
That’s the great thing about music, in general. What starts off as one person’s experience can become an idea that translates to many people’s experiences.
What has your journey in the music industry been like up to now?
While it’s important for any band with ambitious aspirations to not rest on their laurels, you also can’t lose sight of what made you want to play music in the first place. Success on any level isn’t guaranteed, so you might as well enjoy what you’re doing.
With that said, I feel fortunate that I’ve had people appreciate the music I’ve made solo and with this band. We’re excited to release this new album and we hope people like it.
What was the soundtrack to your childhood?
Before getting more into punk rock and folk music as a teenager, my childhood soundtrack was probably just whatever was on pop radio in the late ’90s and early 2000s. That and the cool classic rock stuff I heard through my parents.
What was the first record you ever bought?
Green Day – American Idiot
What is your favorite song (not written by you) lyrically speaking?
This changes on a pretty frequent basis depending on my mood. But, one of my longtime favorite songs has been “A Long December” by Counting Crows and a large part of that is due to the lyrics.
The storytelling in that song (along with many other songs by other artists/bands) was a definitive influence on the storytelling and lyrical approach of the songs on our album “Old Haunts & New Horizons”.
My birthday is also in December, so on some level, I probably identify with that feeling of thinking retrospectively around that time of year.
What inspired “Crossfire”?
“Crossfire” deals with the anxiety of feeling caught between two opposing sides in an argument. Whether you’re dealing with this on a more personal level or observing it in the current state of political discourse in the U.S., the lyrics of the song can apply to different situations.
What is the best show you ever played?
The band played its first out of town show last October. We played What We Live For Studios in Hudson, FL, a smaller town in the greater Tampa area.
For us being an unknown band playing our first collective out of town gig, the reception we got from the people in the crowd that night was awesome and really gave us confidence and validation when playing live in the band’s early stages.
I still remember the excited feeling I got when I saw people stage dive and crowd surf during our set.
What are your plans for 2018?
We’ll be releasing at least one more single before our album “Old Haunts & New Horizons” is released on June 15th. We’ll be playing a hometown release show in Gainesville, FL on June 14th and have plans to play more shows throughout the southeast to support the release throughout the remainder of this year.