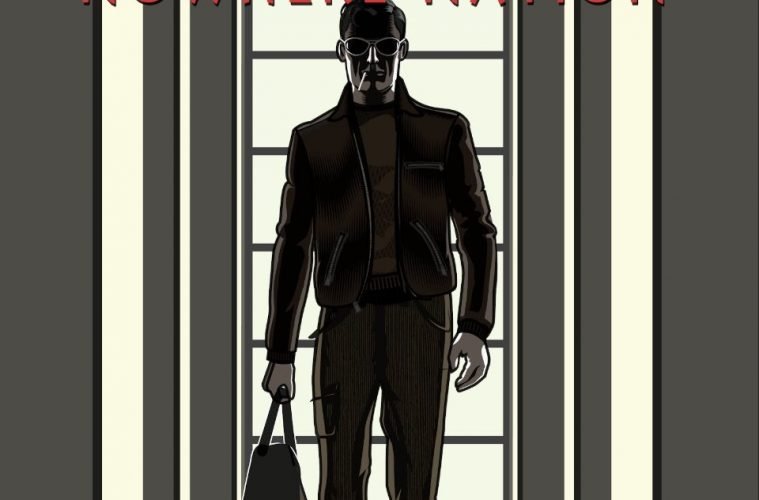 I write concept albums, so: first I picture the story arc of the whole album as if it were a screenplay, then I figure out who the characters are, then I pick a spot in the album that needs to fulfill a role in the plot — the characters are meeting, fighting, falling in love, etc.

Once I know who the characters are and what’s happening at that moment, the verses tend to come incredibly fast, because I feel like I can just hear the characters talking. The choruses take longer because I hold myself to some consciously higher standards about the phrasing and sound of the most important lines.

Very typically, I’ll do a quick instrumental track in GarageBand, sing a draft of the lyrics over it, and put it on SoundCloud so I can listen to it as I walk around. Then I jot notes in my phone when I come up with new lines or a better way to say something. Sometimes I’m in the kitchen or whatever, and I have a huge realization — often it’s because some line in the chorus suddenly fell into place — and I’ll sprint back up to the studio and rerecord the vocal, because I can’t wait to hear it.

I always write lyrics in some kind of online doc, and I do an enormous amount of polishing individual rhymes. But it’s funny — no matter how much you think you can improve the song via typing, there’s no substitute for singing through it. Often this will completely flip over whatever clever idea I thought I had going.

Keep your choruses simple, powerful, and repetitive. A chorus really has to deliver the goods; to hit the heights in one way or another.

No. I just don’t think most people are going to try that hard to draw a connection between my lyrics and my life. Even if they try, they may see meaning where I didn’t intend any. And if someone guesses correctly, you can just be mysterious and not confirm it. It’s reassuring to remember that no one can actually read your mind.

Is there a link/a common theme among the songs of the new album ‘Omicron’?

Yes — the whole album is one story, start to finish, involving three characters (with a fourth appearing in the last song). Pretty much every song is either about power (as the characters revel in confident moments or try to convince each other of something) or its opposite (as they reflect on some corner life has pushed them into).

Among the songs of the album, is there a particular song that has a special meaning for you?

It’s “Silence,” which comes right after the title track. It tells the story of the whole album in microcosm, and it has one of my favorite lines, which I almost used two questions ago: Enemy / Don’t become a friend of me / I’ll never give indemnity.

He said that when I smile, my personality comes through in a positive way that can be heard on the track.

Share Omicron with the world — and begin recording the sequel, which is already written.