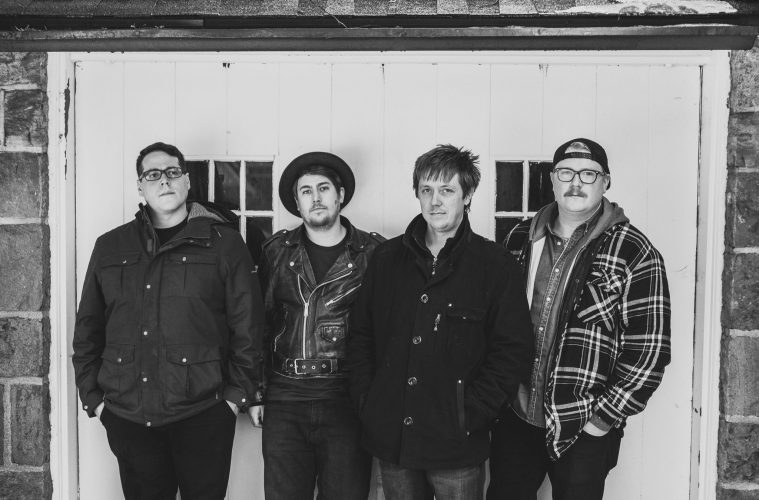 On The Other Side of Fear – Interview with These Fast Times

Jeff tends to let us write our own parts then after all that, he sits down with his acoustic guitar and writes out some lovely lyrics.

That the name of the song is in the song. Also, That you love what you’re playing it has to flows naturally. I find that forced songs sound bad or lead nowhere.

Sometimes it’s hard to be “heart on your sleeve” but at the same time you want to help as many people as you can that are going through the same thing you are. we need to break this stigma we have that you need to hide your feelings and always have to be happy.  No one’s perfect and everyone eventually needs help.

There’s a lot of great one-liners and  zingers, but each band member has their own favourite:

Jason: “I have to deal with myself when there’s no one’s around.”

Thomas: “I wrote another stupid love song no one ever got.”

What inspired “Ashley Madison” part of your latest album “On The Other Side of Fear”?

The main theme of the song is Infidelity and how something so disrespectful (at least to the media) has become so mainstream and its almost become as easy as signing up to Facebook.

And “On The Other Side of Fear”?

The album is about pissing it all away. That’s pretty much what you do when you “fall in love”. You eventually start second-guessing your actions and a future with your spouse/lover and that you’re likely to lose that spark you had, That’s if it was even there in the first place. Our population is at an all-time high with fear, Depression, Anxiety, and a constant need for validation from others. we’re constantly comparing our lives with a morbid sense of entitlement. We need to let go of exterior validation with this constant fear of rejection and learn to dig deep within ourselves and find acceptance and peace.  You have to love yourself first and foremost, the overflow will take care of everyone else around you.

Do you remember the day you wrote “Dad Core”?

This was written about a week after Jeff’s father had passed away from a heart attack. Jeff was slaying some bitches when he had a sudden urge to stop the spread of his seed, and write a heartfelt message to his father from deepest part of his soul. To be completely honest we can barely remember what we had for dinner last night nevermind the exact day we wrote a song.

We would like to thank Dashboard Confessional for the adolescent inspiration that It drove into our uncertain little hearts for this recent album. Probably a lot more than it should have. The entire album is one big common theme.

Our producer gave us some pretty sweet leads and add-ins for the new album, and that better than any suggestion he could have given us.