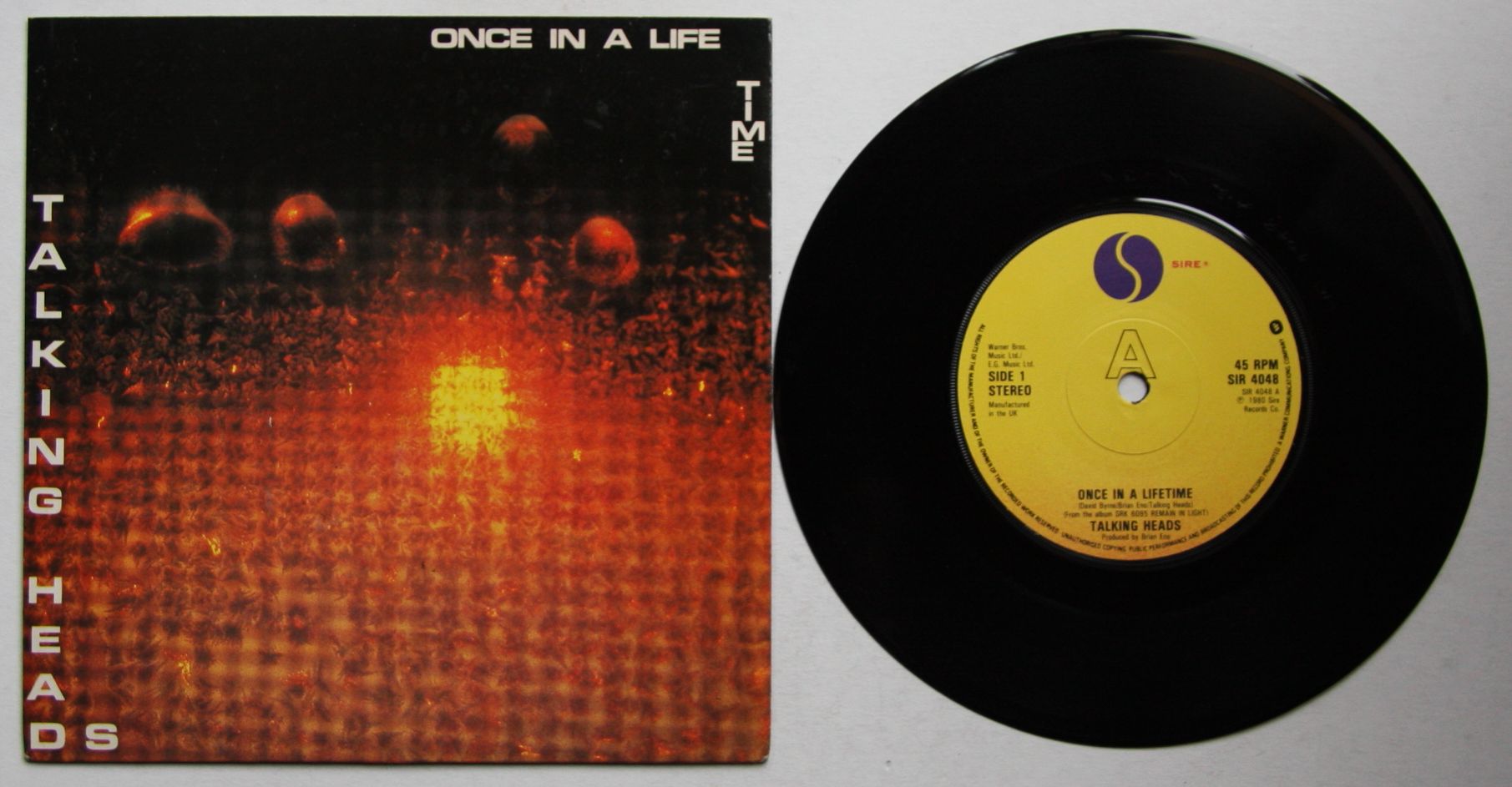 Once in a Lifetime

We already talked about Talking Heads, a famous band from New York,  when we were describing the lyrics of Burning Down the House

Today’s album is called “Remain in lights” and was published back in 1980; this album had a lot of influences from African music

Do you remember what punk band were saying? ” Do it Yourself”, this is exactly what Talking Head tried to do in the research of a new sound…..a mix between NY rock and African sound.

Talking Heads leaded by David Byrne are considered the most intellectual band of their time; they always tried to create something new, something different, something experimental.

Once in a Lifetime is the first single out of the album; at the beginning  it didn’t have all the success expected that , anyway was reached few years later, in 1984, when the band re-edited the song for the soundtrack of the concert movie “Stop Making Sense” .

Stop Making Sense was showing a  concert of the band in a theatre in Hollywood and was totally financed by the band members, it is considered by some people one of the best rock documentary ever done.

David Byrne wrote the lyrics of the song after having heard from a radio, in his car, the speech of a preacher that wanted the public to think about the real life’s values.

It is like David wants to say to us, let the life flow in to our existance like the water flows in the world, unstoppable, unpredictable, unthinkable……

We really invite you to read the lyrics, more than for a song they are real poetry……….really .intellectual phrases like the Talking Heads were.