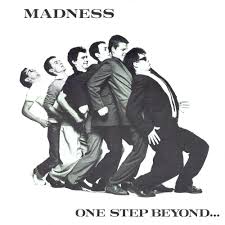 One Step Beyond – Madness

This song, released together with the album that carries the same name, is a success of the british ska band Madness.

The band re-mastered it back in 1979 as a cover of the music written by Prince Buster few years before, in fact the whole album carries reference to this artist.

In “One Step Beyond”, the phrase “Don’t watch that, watch this”, in the intro is taken by another of his songs called: “The Scorcher”.

The lyrics are quite simple to understand, they just ask the listener to start move his feet and dance the wildest and loudest ska ever heard.