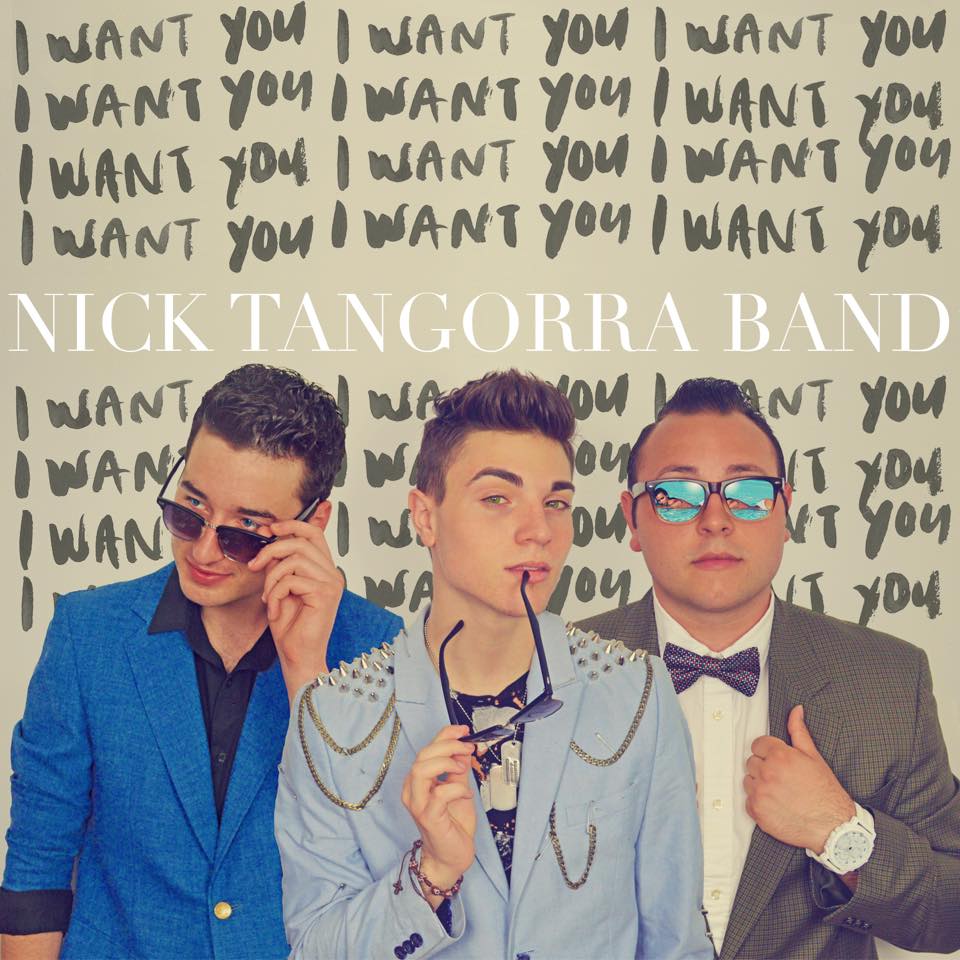 RYL: Tell us about your last EP “One Step Closer”, what it means for you ?

NICK TANGORRA BAND: It means everything.

We’re so happy with this EP and it really is taking us one step closer to our goals and dreams in our careers.

After reaching number 19 on the iTunes Pop Charts, our fangorras have shown to the world that they don’t ‘mess around’ and that this is just the beginning of our journey!

RYL: Let’s talk about the song “I Want You”, what inspired its verses?

NICK TANGORRA BAND: The song was originally a gift from Rafe to his girlfriend for their anniversary.

Rafe, drummer and older brother to Nick, is no singer and asked Nick to be on the recording.

Nick then fell in love with the song and eventually wound up working with guitarist Will, and finished writing the song.

NICK TANGORRA BAND: Love definitely plays a significant role in our writing and that’s not always intentional! We as a band just write how we feel and I guess we’re in love!

Or maybe not in love with some of our anti-love songs like “Save Your Love From Me.”

NICK TANGORRA BAND: Typically Rafe and Will collaborate on the instrumentation, and Nick will work on the lyrics.

Then when there’s a solid foundation, the band all comes together to collaborate and complete the song!

There are however songs that we all will work on separately and it really allows our sound to branch off and display everyone’s unique take on writing songs!

NICK TANGORRA BAND: “Maryanne” is Nick and Rafe’s favorite song lyrically as it tells the story of a guy and girl meeting and falling in love at first sight.

Just as it seems this may have been a match made in heaven, the song quickly takes a turn and inverts all the lyric meaning after its revealed that “Maryanne” doesn’t like Led Zeppelin!

RYL:  Which is the best show you did so far? You will tour soon?

NICK TANGORRA BAND: We just wrote this song called “Salt” that is about people who always know how to add salt to the wound.

RYL: Your favorite rock song (because of its verses)?

RYL: What “Walking on the Ceiling” verses mean to you?

NICK TANGORRA BAND: It’s a feel good summer song! The verses just show it’s better to be yourself then to try and be something your not.

Different and unique is the ‘new normal’. Don’t let others shape you or turn you into something you’re not. Be yourself!