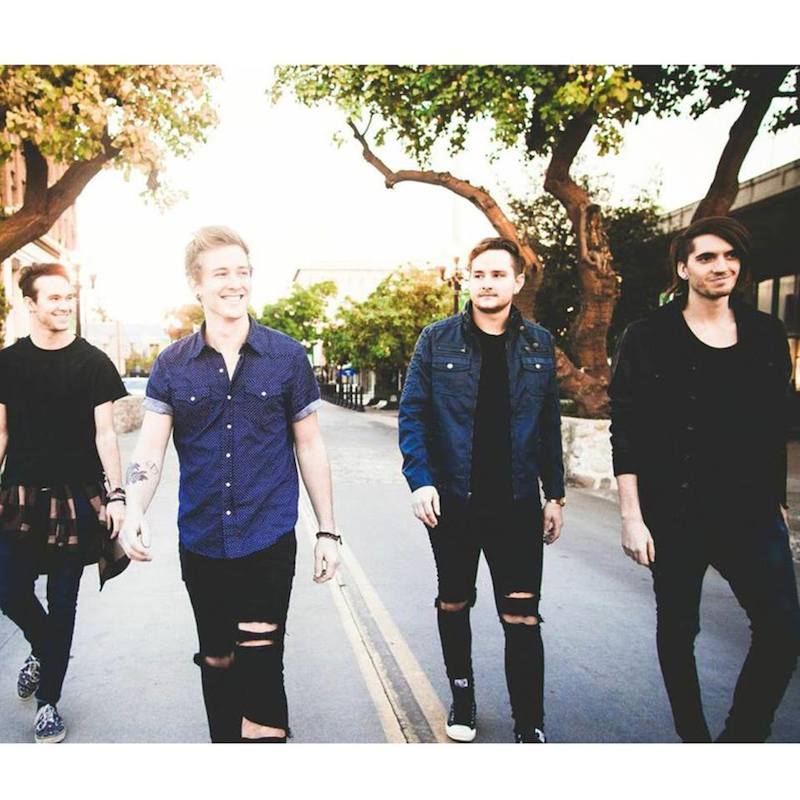 RYL: Great news! You are going to play at the 2015 Vans Warped Tour this summer! 2015 started great for you guys! What are you planning to do in the first months of the new year?

ALIVE LIKE ME: Yeah, we are super stoked! It’s going to be a blast! Before we head out on warped tour we will be touring the U.S. With The Color Morale, Slaves and Vanna.

RYL: Your last album is titled “ONLY FOREVER”, Is there a common “theme” among the lyrics of your songs?

ALIVE LIKE ME: We had a tendency to focus on making sure people knew how valuable their time is and not making sure they aren’t wasting it doing things that don’t lift them up.

RYL: Tell us everything about the song “Our time down here”….which of its verses you like the most?

ALIVE LIKE ME: Our time down her is a song about following your passion no matter what. In this case it’s about Jairus and his parents.

They always wanted him to go to school and stick to a safe route. There is a lone that says “I just got tired of the way you stopped my movement, all I ever truly wanted was to live” That would be the 2nd verse.

ALIVE LIKE ME: All of the lyrics are from personal experiences. We keep them fairly open ended so that people can apply them to just about anything.

The process of writing starts with a general “idea” or song “theme” and Jairus will write a large majority of the song and refine it with the rest of the band later.

RYL: Do you remember the day you wrote “Searching for endings” what inspired its lyrics?

ALIVE LIKE ME: The lyrics are inspired by losing touch of spirituality.

After growing up and wondering if what I was told as a kid about God was real. Just trying to figure it out for myself was a very confusing time.

ALIVE LIKE ME: My favorite show has to be when we played in Amsterdam with Set it off and Danger kids

RYL: “Wreackage” appears to be one of the fans favorite, what inspired its verses?

ALIVE LIKE ME: The song is about Davids family and how the divorce of his parents affected him. It’s a very personal song to us.