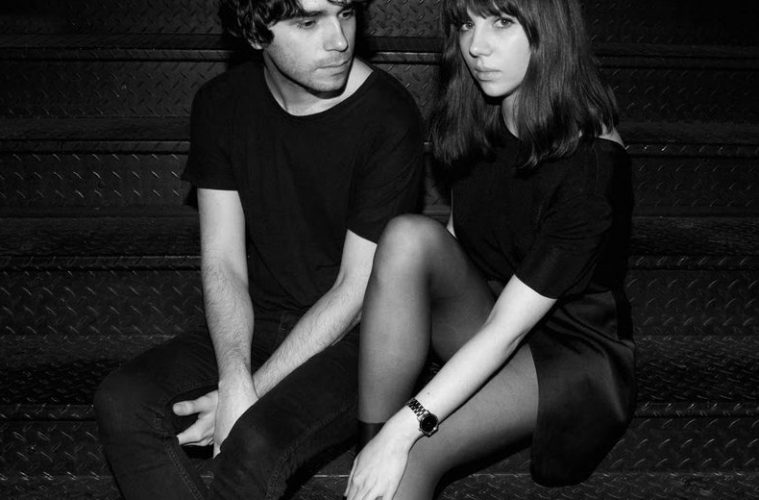 Only Now Forever – Interview with KVB

How do you usually write the lyrics of your songs?
Nick: The standard ‘la-la-la method’, through nonsense sounds and sculpting out the lyrics based on melody and what feels right, then finding meaning through that.

In your opinion, what is the most important thing in songwriting?
Kat: Resonance, atmosphere and multi-dimensional.

Are you ever scared of revealing aspects of your personal life/experience to strangers through your music?
Kat: We prefer our lyrics to have a multi-layered meaning, not to be so direct and allow the listener to take its own interpretation from them. So by default, our experiences are not laid bare, but hidden beneath the surface.

What is the best lyric that you ever wrote (the most meaningful for you)?
Nick: One that comes to mind most recently is ‘Afterglow’, as it captures the feeling of life in Berlin. The highs and lows of the endless nights.

What inspired “Live in Fiction,” part of your latest album “Only Now Forever”?
Nick: Like many people, we are becoming increasingly critical of social media and its negative affects, especially how it feeds depression and other modern anxieties. Its not directly about it, but references it and about overcoming it.

And “On My Skin”?
Kat: It’s about the glowing anticipation of new relationships, the uncertainty and optimism of falling in love. How people have a presence even when they are not present and how memories can linger and infatuate your mind.

Do you remember the day you wrote “No Shelter”?
Nick: ‘No Shelter’ is one of the oldest written songs on the album, perhaps 5 years ago! So the details about the day are hazy but I think I wrote it after a particularly heavy night out.

Is there a link/a common theme among the songs of the new album?
Kat: It’s an album of contrasts. It’s light yet dark, euphoric yet melancholic and romantic yet unsettling.

What is the best suggestion your producer gave you?
Nick: We have always self-produced, but Geoff Barrow acted as a mentor when we recorded at his studio in Bristol for our previous album ‘Of Desire’ and his frequent request was to turn up the mids.

What are your plans for 2019?
Kat: As we have been forced to postpone our North America tour, we are using this now free month of March to create art and music as well as finding a place to live. In the not to distant future, we will be touring places we haven’t been to for a couple years such as Russia, Athens and Asia, and then finally we will embark on our debut North American tour in Autumn this year.