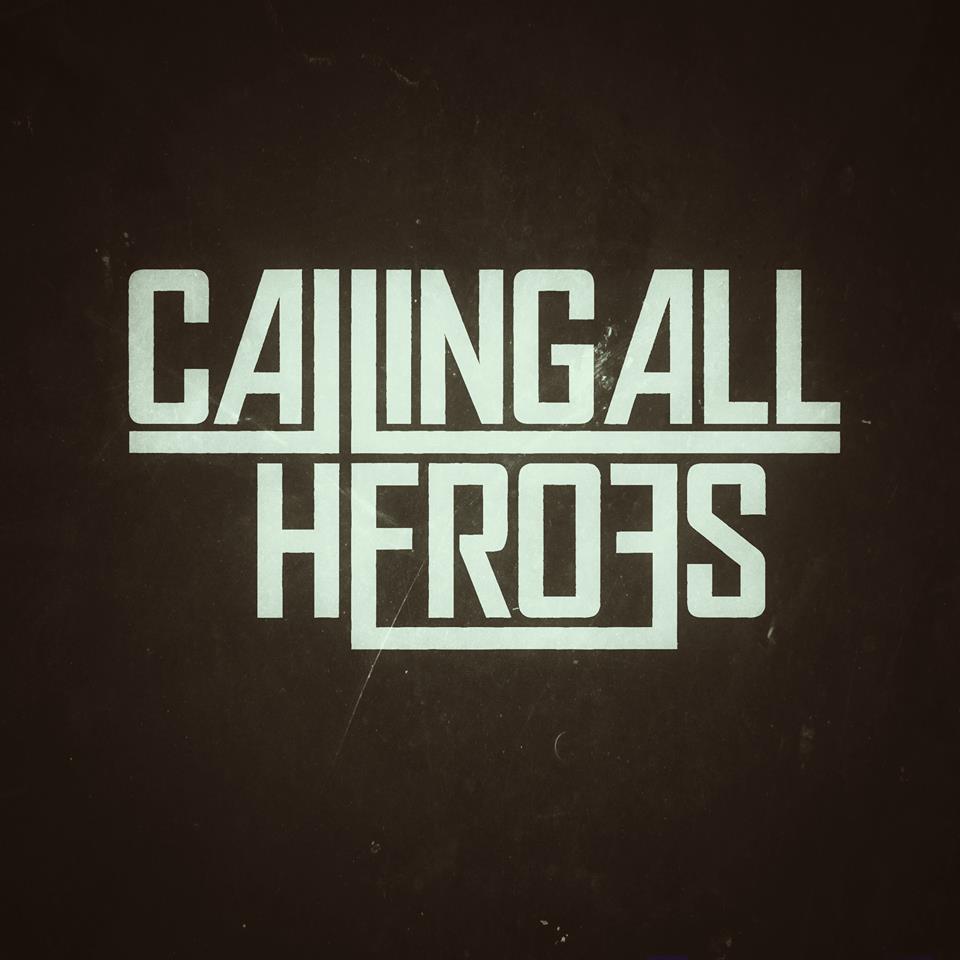 ORIGINS – interview with CALLING ALL HEROES

RYL: Your new EP titled “ Origins” was released couple of weeks ago, lyrically speaking, what does it represents for you?

CALLING ALL HEROES: As the name would suggest Origins is about new beginnings but more importantly discovering who we are as a band, it’s the first steps in our musical career and we believe it truly captures the ambition and fiery attitude of us as a unit, of course the title is influenced from our band name so it comes full circle.

RYL: first song released is “The Boys and Girls Misery”….What inspired its lyrics?

CALLING ALL HEROES: With this track we wanted to go for a dark, aggressive feel, at the time I had a lot of things I wanted to say to people and get off my chest, this was the first song that I realized I could turn negativity into something positive, the lyrics themselves are a representation of being indecisive and conflicting ideas in my mind, the chant in the bridge [“You won’t take us alive”] is the voice of my positivity fighting back.

CALLING ALL HEROES: Absolutely, when writing began on this record I thought it would be a great idea to tell it as an actual superhero origin story, following the order of the songs we have a transition from each song to the next based on my personal experiences and by combining them makes something truly unique and special.

RYL:  Do you remember how you wrote “Against all Odds” (our favorite)?

CALLING ALL HEROES: All of us in the band are avid gamers and one of our favorite games was the Mass Effect trilogy, anyone who has played these knows how amazing and immersive the story is, the feeling of everything that has ever existed hanging on one person who is completely out of their depth really gripped me, we’ve all had ambitions that seem entirely unachievable yet it’s our heart and determination that drives us forward and it was with this I decided to base the lyrics on the Mass Effect games, included in the lyrics is a quote from one of the characters, so keep a listen out for that.

CALLING ALL HEROES: When writing a song we come together to write the backing tracks so we can feed off each other’s energy and ideas but when writing the lyrics I shut myself off from the world and just replay the song again and again until the lyrics begin to form naturally, if I’m out driving around and hum a tune or come up with a lyric I’ll make sure to write it down or record it on my phone, from our experience I find the best lyrics are those that come to you, not those you’ve forced to write.

CALLING ALL HEROES: As I previously said I find our best lyrics come naturally, we were hanging out one night with friends having a couple of drinks and I got a little too drunk and up in my mates face, after pushing me away time and time again he snapped “You are the chaos to my sanity!” and my mind just exploded, at the time I writing the lyrics for The Revolution and really wanted something special for the second verse to kick it up a notch, and that phrase completely brought it all together, it highlighted the extremity, and frustration in what seemed like such a tranquil, homely place.

I don’t know if it’s the nostalgia or as well as the lyrics in that song but to this day it remains my favorite verse.

RYL: What inspired “The Revolution”?

CALLING ALL HEROES: The Revolution was inspired by taking some time to stop looking at myself and focusing my energy on other people, when doing this I found there was too much negativity and disconnection between people around me not just friends but random members of the public , it began as a song about the way society behaves and interacts with each other and transformed into how I wanted to escape the way I saw myself, it also picks up on those who bring new ideals, and a different way of thinking only to be pushed away from what would be the social norm but ignoring what people say and getting your voice heard regardless of what others think.

CALLING ALL HEROES: The first half of 2014 was a quiet time for the band, our bassist and close friend [Tom Owen] left the band who’s position was then filled by our new bass player [Reuben Hoare], we also went independent and began to do things our way, with a great PR team we’ve reinvented ourselves and plan to hit 2015 with a completely new persona, following these last 2 months we’re getting in a few shows around England as well as one or two local shows in Newport, details can be found on our Facebook page.

RYL: In order to write a song you prefer an acoustic or an electric guitar?

CALLING ALL HEROES: Definitively electric, we put all our heart and energy into our songs and I find it easier to capture the atmosphere of a track when you have a crunchy guitar guiding you, we usually get a recording together of drums and guitars that way I can absorb everyone’s input and begin to create the lyrics, plus when all the instruments are pretty much done the anticipation to finish the track inspires and excites me.