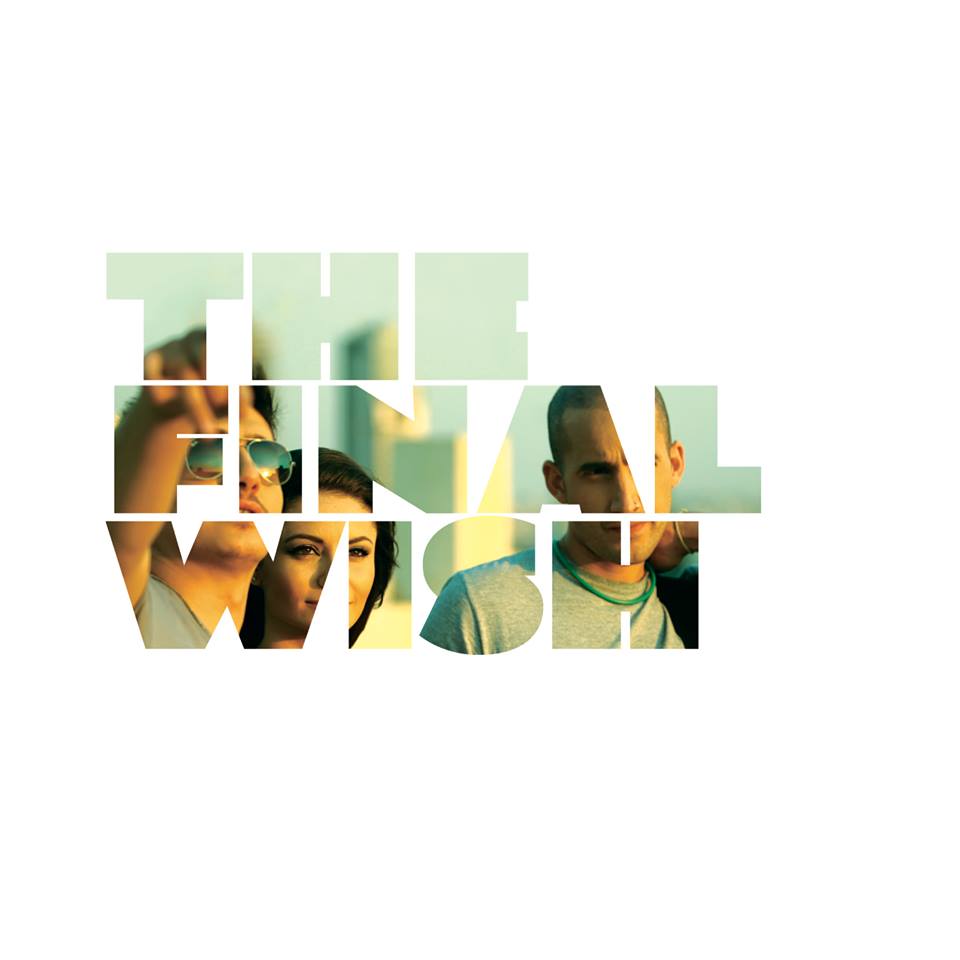 Our next challenges…. interview with The Final Wish

Natasha, Emad and Ibrahim are The Final Wish (http://thefinalwish.jimdo.com), a band that has its origin in Jordan that obtained lately a very important success not only in Middle East, but in several other countries.

Their first single “World for Two” reached over 780.000 views in YouTube and the band has a lot of new projects to share with its fans.

So…. Are you curious to hear their replies? here our interview…..

RYL:  After the release of your first self-titled album, which are your next challenges?

Natasha: Every band has challenges! It is really how we cope with everything after a storm. We are best friends and we love working together. We also seem to love a challenge. I think one of our challenges is being an English speaking band when we are in an Arabic speaking country.

Our next challenge also is creating another music video that is as successful as the last one on youtube which got more than 600,000 views in a couple of months and got excellent feedback. Keeping up with what we have achieved and rising upwards is definitely a challenge but we are up for it and look forward to taking up these challenges.

RYL:  “World for two” is the first single released from your album, it obtained a fantastic success, what inspired its lyrics?

Emad: When I came up with those verse chords and the melody it’s as if the music pierced through my heart and I was instantly in tears… I kept envisioning two lovers who had to hide their love from the rest of the world and used this love to seek strength, comfort, and shelter from the evils and dangers of the world.

It’s most definitely one of the sadder songs, cause this world for two is neither real nor permanent and only serves as a temporary escape.

Emad: The verse chords always comes first and the melody follows shortly after… the melody then assumes the lead and controls where to go as far as the chorus as it’s the melody that truly defines a chorus.

I take my time with the lyrics because I want to finish the music in its entirety ( intro, verse, chorus, bridge, outro) so that i can truly know what this song will be about. So basically the music writes the lyrics for me and I merely just write down the feelings, emotions, imagery, and storyline that it evokes.

RYL:  What is the most important thing in doing music?

Natasha: Expressing yourself through music, the discipline you learn when you are working with others and with a musical instrument and team work, allowing yourself to be part of a team and being open minded to allow others shine.

RYL:  In 2012 you won the Rolling Stone competition “From the Street to the Stage”, how it impacted your career?

Ibrahim: We’ve always believed in ourselves and our ability to produce good music. I think what the win did was legitimized us professionals in the music industry. We met with Sony as the grand prize for the contest and they encouraged us to go ahead with recording an album because the songs that they heard during the contest really impressed them. We’ve since completed the album and sent it over to them for distribution consideration.

RYL:  You are from Amman, Jordan; how this city contributes to your music?

Ibrahim: Jordan is a small country, and it takes you around a 6- hour drive to observe the fusion of the deserts, oases, mountains, valleys, the sea, sun & clouds. We hope that you will be able feel that fusion in the music we play.

RYL:  “Sawwi Illi biddik Yah” is a song totally in Arabic, we love its sound! but ….we need some translations over here 🙂 ……..

Emad: The title means “do whatever it is that you want”.. In our part of the world, females tend to be held back from learning from life lessons by their parents/family/society and instead are made to learn lessons by being told what is good for them.

This song says that this particular girl will do what she wants regardless of whether it’s right or wrong so that she can learn the lesson for herself. It’s a social message for a woman’s right to choose to make her own mistakes and not have to listen to what others tell her is right.

Emad: “The Magic” album was the reason that The Final Wish found each other.. it was my solo album that I recorded and I set out to look for a band to perform the album with. Natasha had contacted me earlier that year suggesting that we jam and I jumped at the opportunity. It took a while for her to respond to my enthusiastic “absolutely” but the timing was so that we shelved “The Magic” to focus on recording new music arranged by the band.

I have no regrets in shelving the “The Magic” as it is still available for people to check out online; but The Final Wish’s debut album is truly magical and I’m very excited to see how far this takes us.

RYL:  Tell us your projects for the next 3 months….

Natasha: Performing live everywhere in Amman (we love our country and we love sharing our music). We are also planning for another Europe tour and hopefully a Middle Eastern tour too.

RYL:  What is your final wish?

Emad: Mine’s already come true. It’s this band. It’s Natasha and Ibrahim. I’ve found two people that I care for very much and would give anything for, and on top of that I’m able to share with them what I love most and that is music.

Natasha: My Final Wish? That is a very hard question, I think my final wish is to be happy and I know that my happiness is most obvious when I’m performing on stage especially with Emad and Ibrahim.

Ibrahim: For all my wishes to come true