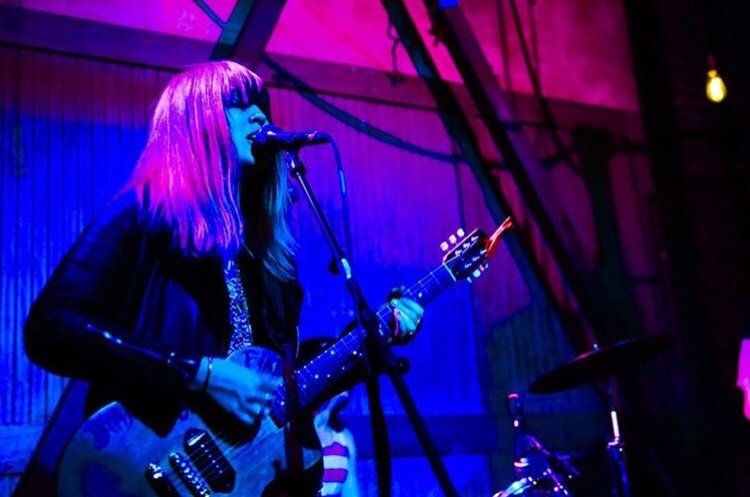 Sometimes I get title / topic ideas, hear or read a quote or even get lyric ideas from news or driving or something that comes to me in the middle of the night. But most often it’s the music comes first and a melody comes to me, then the lyrics organically take shape after….which sometimes I’ll go to my lyrical concepts / title list and see what fits the vibe.

Keeping things simple and the arrangements easy to understand. Lyrically it’s about explaining something so clearly that even a young child can understand what you’re talking about and expressing. More recently for me it’s about not always hiding behind metaphors or being super artsy lyrically but just being plain honest as possible and completely open. If I’m singing about something I’m going or went through that I think a lot of other people go through I want to take a risk to say it very clear so people feel understood and sometimes that can be vulnerable – not every song I write is about love & happiness but if it’s about something that’s a heavy or dark subject giving the listener relief or hope some where in the song in a positive way is something really important to me that I always try & do.

Yes, absolutely – it used to be so terrifying for me but I’ve really pushed myself and tried to take risks and to not being so precious with my songs…co writing and working with Bands in the Studio helped this a lot (I’m an engineer/producer too). It also really helped me when I started touring a lot solo because I was forced to sit with myself and everything I had been through, trying to process my past and get myself present and put myself out there in ways I was uncomfortable. I feel way more open and into taking risks because I feel it’s worth it and could help someone. I might say something in a song and someone could hear it and it could change there life in a positive way so they can be themselves or go for a risk too to change life. So because of that I’ll do what I can to be as honest and open as possible.

I have few new songs I feel very proud of but I have one that comes to mind called “Out of the Shadows” (its being mixed right now & will be on my new EP, out next year). I took my most low, down in the dirt and heart breaking feeling / time and put it in a song and turned my situation around. Some important lyrics from that song are “You dropped me in the ocean, like a brick, so I went to think and sat with all my sadness and I cried and through my weakness I grew wise.” Another part of the song is from a quote “you left me to a pack of wolves, I came back their leader”

A lot of different feelings. Lyrically and musically this is one of my heaviest and darkest songs. It’s trying to capture the feeling about the ugly side of business, life and poverty but finding a light. I have felt scared to talk / acknowledge the feeling of being drained by other people or how people want something from others – I wanted to show that feeling of pulling on energy at times and put the feeling in a song without of the dark there’s no light. Lyrically I definitely had a few moments that inspired this song where seeing the way some people choose to live is absolutely heart wrenching. Complete poverty and I have felt it and seen it on the road when I didn’t have a home for a few years.

I’d like to choose to believe I have endless energy and love as well as giving ability to others especially through music. This song definitely represents a lot of observations of that…I truly have faith in people and believe there’s good in everyone but it’s a choice of energy or space people choose to be in so sometimes in the song I’m just talking about that it.
And “Shine”?
Shine is absolutely my most personal song to date and the message is about just being who you are. I’m hoping it helps people just shine to be themselves. There’s one line in the 2nd verse which was so scary to write and talk about (this is maybe the 3rd time I’ve ever mentioned it) where I talk about struggling with my sexuality or just truly not fitting into any particular label or box but the point is I want to tell people to just literally be you. It’s ok 🙂
Do you remember the day you wrote “Awake & Feeling”?
Yeah, I definitely remember the start of writing those lyrics as it was spread out over time…I started writing the song when I was in my old rehearsal space in Laurel Canyon and while I was house sitting at a friend’s moms place in Valley Village. The lyrics are about going through something very hard but not talking about it to anyone and then just really feeling it the hurt but acknowledging it.
What was the best moment of your career? And the most difficult one?
So far one of my best moments have been probably a great live home town show or reading a press article I got and feeling so accomplished by them…Because I spent quite a few years just really working so hard and touring non stop (playing over 550 shows) everything has been constantly been moving and almost hard to sit back and notice…but I have def had some moments like “wow, I had a dream & got myself here”.  Some stand outs are playing Warped Tour this year, or 11 years ago I got a cover call out on Guitar Player Magazine or an article I got on playing the most shows in a year 2017.
I’ve had many challenging moments (the Music path is filled with so many ups and downs it’s so far from anything consistent or normal lol) but 2 hard ones that really changed my life…. One was feeling like I had to choose between love or music and that I couldn’t have both. I chose my career and felt very heart broken for awhile, but my first love is Music and I’ve learned it’s who you’re in a relationship with. The other was leaving my job as an assistant engineer at Studio 606 to be an artist and basically starting over and giving up a incredible opportunity. I was working with my favorite bands I grew up listening to and literally it couldn’t get better than that. Though being an engineer faces its own challenges- long long days & never having a personal life but I truly had it made. My first session as an assistant was a Dave Grohl & Joan Jett, there were so many unbelievable moments of feeling so grateful & how did I get here but at the end of the day I believe in my music and message so much that I was willing to give it up and give myself a shot.  I truly believe my music can and will help people and I can still sit behind a console now and when I get older.
You played in the final Vans Warped Tour, what was your best memory linked to this amazing experience?
Wow, I’m playing Warped Tour. My 12 year old self would be freaking out right now.
What are your plans for the upcoming months?
I’m doing a 3 part Music Series with Apple in San Francisco, CA (at their Union Square Location) – myself and touring artist Carissa Johnson who I tour often with and do a Artist blog with are speaking about being DIY Artists & performing.
I’m currently mixing my new EP, my friend John Lousteau whom I worked under at 606 is mixing it. I also have a new drummer who’s just joined my band and which I’m very excited about. Her name in Joanna Vassilatos and she was my very first drummer for my old band Diamonds Under Fire. I’m in the midst of rebranding as well and working with my publicist Joel Spielman (Patient Zero PR/Blank TV) who’s been helping a lot to build my team as I am wanting to partner with another label for this new release (I released all my past music on my label A Diamond Heart Production).  I’ll be doing various one offs the next few months and then a tour to SXSW.
To conclude the interview a short Q/A session, please answer the first thing that comes to your mind: