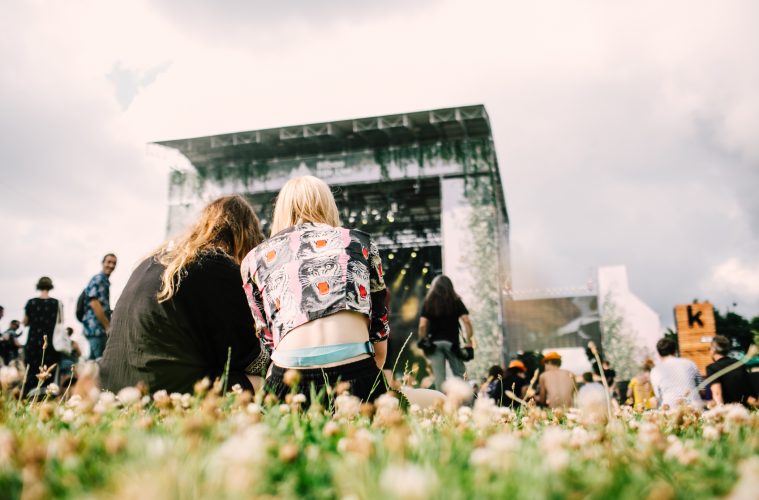 It’s less than a month to the 14th edition of Bilbao BBK Live, to be held on the 11th, 12th, and 13th of July, outdoors on the Kobetamendi mountainside, by now consecrated as a pilgrimage destination for live-music fans from around the world who will be flocking to the vanguard city of Bilbao to enjoy a top-notch roster.

This year the festival will feature a total of 12 stages, 7 of them on the festivalgrounds at Kobetamendi. As a novelty this year and in homage to the land hosting the festival, the organization has decided to give each stage a Basque name.

Thus the main stage is Nagusi, featuring the only performance in Spain by one of the most hotly anticipated acts, The Strokes, instigators of the rebirth of rock in the current century; Liam Gallagher, doubtless one of the most influential singers in history; Rosalía, a total hit on the main international festival circuit; Weezer in your only chance to see them this year in Spain; Vetusta Morla, returning to the festival in their prime moment and peak form; Brockhampton, hip-hop collective revolutionizing the scene with their crushing show; and Hot Chip, this stage’s closer on Saturday, promising to be one of the festival’s biggest bashes.

Then the stage commonly known as “el otro” (“the other one”), Bestean, will host performances by Thom Yorke Tomorrow’s Modern Boxes, the Radiohead frontman’s solo project; The Good, the Bad, & the Queen, Damon Albarn’s supergroup; Nils Frahm, hyped as one of the festival’s most special and trance-inducing moments; Suede presenting their new album on a wave of rave reviews; Idles, proving why they’re among the top booked bands of recent years; The Blaze, one of the most stimulating electronic projects of the moment; and Vince Staples, bringing the urbanest of beats to the festival; among other acts.

The Txiki stage will see the most eclectic host of performances, among which we highlight The Voidz, side project of The Strokes’ Julian Casablancas; Slaves, incendiary and unpredictable; and the tireless Mueveloreina and Pony Bravo. And the dance goes on under the GORA! tarp, with such special treats as Nicola Cruz and Yaeji’s live sets; raw reality as seen through the filter of post-punk duo Sleaford Mods; the enigmatic Jonathan Bree; HVOB’s polished show; the masterful Cut Copy; and other climactic rises such as the best farewell we could ask for on Saturday from 2manydjs.

The best selection of emerging bands can be checked out at the Firestone stage, including Delaporte, Baiuca, Lester y Eliza, Georgia, Perro, and Boy Azooga.

BASOA will once again be transformed into a magical forest filled with the sounds of the best electronica of the moment, a moment for audiences to switch off their phones and reconnect with nature to dance themselves to distraction undistracted—just music and good company. The first session will be a special LGTBI night presided over by Honey Dijon, Midland, Octo Octa, Courtesy, and Ketiov. Another highly hyped special is Laurent Garnier’s DJ set closing out Friday night. Joining in on this singular experience are Bicep, Todd Terje, and John Talabot, the latter in charge of bringing this space to a close (the fantastic aftertaste of his set last year still lingers). Just a stone’s throw away is the festival’s balcony, the Lasai stage (Basque for “calm”), where festival goers can relax with some exclusive views over Bilbao. Thursday will feature a special program from the international Red Light Radio, with a live broadcast for the whole world. Saturday’s session offers an exquisite selection of DJs curated by John Talabot.

Three new names are joining the roster: Charlotte Adigéry, one of the artists everyone is buzzing about thanks to her colorful pop and quality album ‘Zandoli,’ produced by the Dewalae brothers (Soulwax/2manydjs label Deewee); The Intergalactic Republic of Kongo, Afro-punk experiment fronted by Moroccan-born musician Mike Title, an extraordinary artist and visionary, whom we can catch doing double duty at Bereziak as well as the festival; and Alien Tango, an unpredictable patchwork sound featuring everything from synths to sitars, accordions, and anime samples.

The timetables are now up and can be consulted on the website and festival app. Note the change of the Slaves performance time, rescheduled from Friday to Thursday for reasons outside of the festival’s control.

Beyond the music, festival goers can enjoy the best selection of food trucks covering all tastes and dietary needs, with close to 25 food stands and a market with exclusive festival and artist merchandise and collections from independent designers. Additionally, the festival joins the fight to take care of the planet and reduce use of plastics, offering recyclable cup rental yet another year and a full range of disposal bins for proper waste management.

As in previous years, a free bus service is available to shuttle festival goers to the grounds.

The festival’s camping area will also be filled with good music thanks to the Akelarre stage, receiving the first arrivals this year with an exclusive inauguration party featuring a DJ set from Nicola Cruz during the evening starting at 8:30, followed by Tornado Wallace. During the festival’s three days campers will be able to enjoy surprise performances from 12:00pm to 8:00pm, to be announced by the festival each day.

Yet another year the festival will spill over the boundaries of Kobetamendi and flood the city center to the delight of all Bilbotars and visitors walking its streets during the day. It will feature a well-rounded all-ages program across 4 stages: Torres Isozaki Carrefour, Jardines de Albia Cinzano, Arenal Heineken, and the stage in front of the BBK Hall on Gran Via.

Downtown Bilbao will get a prelude to the festival Thursday on Gran Via, the main street, with a performance by Mastodonte, the much lauded and intrepid project led by Bilbotar actor Asier Etxeandia alongside Enrico Barbaro. The stage will be graced as well by Anni B Sweet, presenting a fourth album; Cariño, one of this season’s breakout bands thanks to their fresh tunes, unabashedness, and raw spirit; Gimnastica, a band with great personality balancing the heaviness of alternative rock, nods to electronica, and melodies wrapped in a certain halo of mystery; Los Hermanos Cubero, baring their wounds and their hearts; Lorena Alvarez, with a personal take on folk showing great artistic scope; Mujeres, held as one of the greats of the alternative rock seen; Ortiga and their knack for elevating a verbena party into art; Pony Bravo, with their highly anticipated fourth effort Guru; The Intergalactic Republic of Kongo, whose music is characterized by electronic sounds driven by African percussion, a punk-like aesthetic, and lyrics philosophizing about modern society; and Venturi, a young trio from Madrid whose debut album, Mi estupida opinion, conveys all the rage and tenderness that can be squeezed out of youth with a single hand, on a bed of consistent guitars and solid melodies.

The festival’s musical program is bolstered by the addition of Bilbao BBK Live Experience!, a new feature this year consisting of points where attendees can gain access to advantages by showing their festival armband. Museums and businesses have teamed up with the festival to offer an unforgettable experience to all those who visit Bilbao during these days. The festival armband this year will grant access to discounts at stores and on visits to the Bilbao Guggenheim Museum, the Museum of Fine Arts, and the Athletic Club Museoa.

Since 2017 the Festival’s organization has been contributing efforts to the fight against sexual assault and, in these recent editions has rolled out Prevention and Awareness Campaigns for Bilbao BBK Live. The message is “Ez beti da Ez. No es no” (“No means no”), well-known among Bilbao society due to its impact during Aste Nagusia (Bilbao Week), and is back to promote behavior and relationships based on respect and freedom during this great event hosted by the city.

The press conference held this morning made mention of the resources the City Hall has placed at the disposal of the citizenry in general and women in particular for generating an impact and raising awareness in favor of relationships based on respect and freedom. The various materials that have been drawn up, which will be disseminated during the Bilbao BBK Live event, set out the proper courses of action and provide phone numbers to call in case of falling victim to or witnessing an assault.

As with prior editions, the festival billboard has been modified to include the message of rejection “EZ beti da EZ” / “NO es NO” (“NO means NO”) and the informative pamphlet explaining how to identify and respond to sexual aggression has been published in 4 languages: Basque, Spanish, English, and French. This pamphlet, also digital and downloadable, clarifies what sexual assault is with direct messages to both boys and girls.

The Bilbao City Council reminds us that sexual assault on women is a reportable offense, and at the same time calls for citizens’ joint involvement in maintaining an active commitment to egalitarian relationships between men and women, free from violence.

(only for campground attendees)

11:05pm THE INTERGALACTIC REPUBLIC OF KONGO