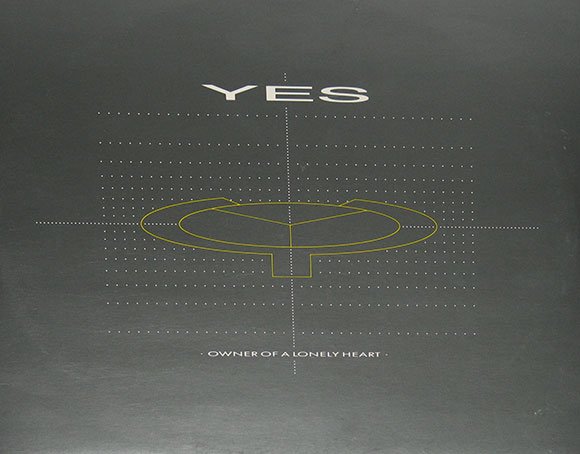 Owner of a lonely heart

45 years of YES (1968), an English rock band that released 21 studio albums the last one dated 2011 and named “Fly from Here” that takes its name from a song that carries the same title that lasts 25 minutes!! (but divided in six parts).

Yes, in facts, are famous for the duration of their songs and as well for lyrics that recall mystical atmospheres.

The new line up is formed by him and Jon Davison (singer), Steve Howe (guitar) , keyboardist Geoff Downes, and drummer Alan White.

Through their career the band is believed to have sold over 30.000.000 copies worldwide….they are considered the creators of the music genre called progressive (together with Genesis, King Crimson and, partially Pink Floyd) that lasted till the 1975 with the arrival of the PUNK music on the scene.

“Owner of a lonely heart” is part of this album and was written by a collaboration between Anderson, Squire, Trevor Horn (also producer of the song ) and Trevor Rabin (at that time guitarist of the band).

The lyrics are about a lonely heart after a break up with a loved one; the verses are telling to the person that was left alone that there is a future, as the eagle flies high in the sky, the person should do the same, without wasting time in commiserating him/herself.

At the end ….a lonely heart is better than a broken heart, isn’t?