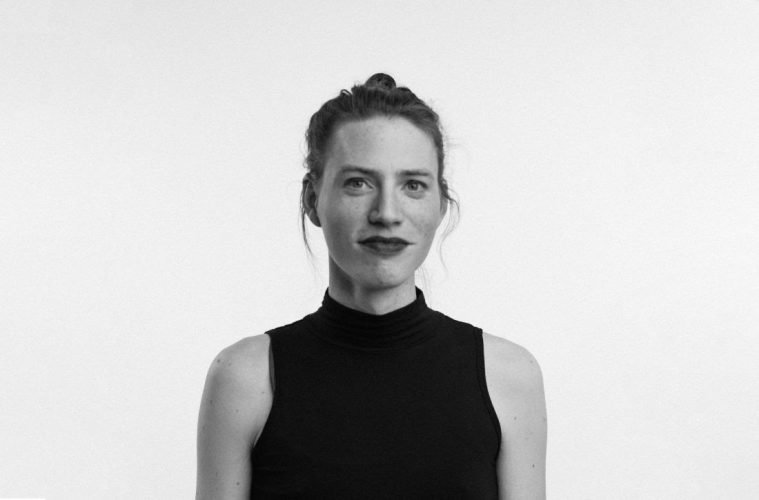 After years of bedroom experimentation, Pander Sera wanted to focus the project toward a more cohesive body of material that could be performed live with a deliberate hint of pop sensibility. The drums, being her first instrument, she would play along with phrases of looped vocals and accent moments with a heavily distorted oscillator. This minimal palette led to a series of creative limitations that could connect the album’s music to its themes: much of the music is in 4 and centered around an emphasized “home note” featuring friction between catchy melodies and abrasive textures. Bothy was written to work through the issues that dominated Pander Sera’s life around this time, such as depression, suicide, gender dysphoria, independence, conformity, and agency. She not only had to piece together her sense of self but also somehow rekindle a desire to stay alive. She felt as though she had been exposed to great cosmic truths and it was up to her to reconcile an overwhelming sense of meaninglessness with the need to carry on and create something she felt was worthwhile.

The word “bothy” refers to a temporary shelter found in the wilderness, and in her view it serves the material as an apt metaphor: What makes a home?  Can a body be home? Can a perspective? These questions are punctuated throughout the album by audio samples of her real-life childhood home, from old family videos to recordings of neighborhood wildlife. With ‘Bothy’, Pander Sera’s goal was to face some of the worst demons conjured from her past and overcome them through a kaleidoscopic personal metamorphosis.  The album was recorded over a series of live takes with minimal overdubs in 2017 and 2018 at Mateo Sound in Los Angeles with producer/engineer and lifelong friend David Burris. 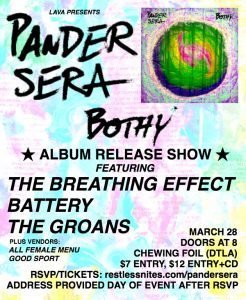 Pander Sera is a one-person audiovisual project from Sean Draper, who simultaneously plays drums, sings, and operates a table of effects pedals. Pander Sera began in 2012 at a time of deep personal reconstruction following the suicide of a close childhood friend. Developing the initial themes and sonic palette while living in Santa Cruz, Draper moved home to Los Angeles in 2014 to help family and friends build a new recording studio, Mateo Sound. Draper also makes all of the visual art for Pander Sera, from album covers to music videos. Much of her work aims to explore and deconstruct various social and aesthetic binaries through which humans are forced to navigate. She’s stated that she is drawn to noise and feedback because they can act as a satisfying expression of the constant internal oscillations she feels living on the cusps of perceived genders. 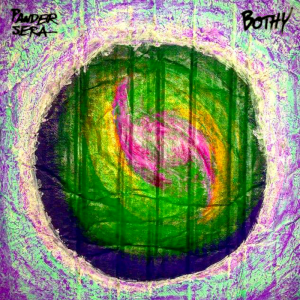