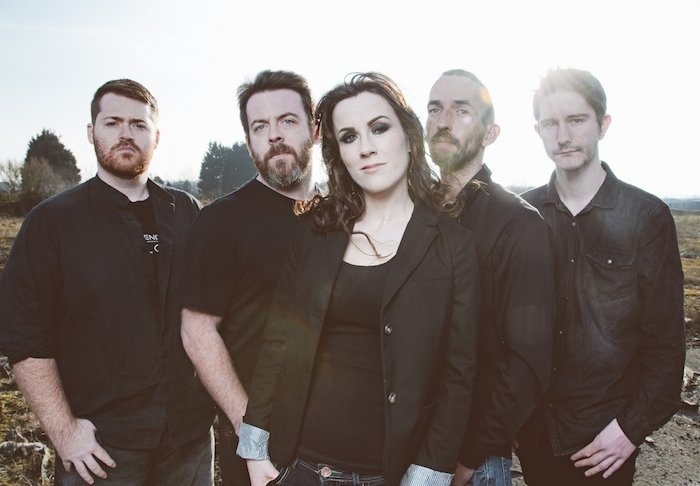 Paper Chain – Interview with BETWEEN WAVES

RYL: Your new album is titled “Paper Chain”, it will be released in October…how are you planning to spend your time until that day and what it means to you lyrically speaking?

Between Waves: Pushing it in as many people’s faces that are prepared to listen and also those who are not.

Playing as many shows as possible and generally riding the Between Waves wave. Regarding what it means lyrically please see question below – “what inspired paper chain”.

RYL: Tell us everything about the song “Place To Fall”?

Between Waves: It was the first track we ever put vocals to. It was Helen’s ‘audition piece’. Musically we wrote it from start to finish in about 2 hours; it just kind of fell in to place 🙂

We gave Helen a week to get something sorted for it, we went in to practice and job done – it really was as simple as that. We immediately felt it was very strong and perfect for a single.

Writing in this way and the results it achieved influenced the way we wrote all future songs. Lyrically the concept came from someone we used to know who shall remain nameless.

For fear of getting hurt romantically, he would always set his sights on women he knew to be unavailable and therefore mutual romance was out of the question.

He would pull out all the stops – buying questionable gifts, writing fairly explicit poetry and generally taking ownership of his prey.

Lyrically the song is from the perspective of hunted rather than the hunter.

Between Waves: Our songs are mood driven; how we feel at the time of writing definitely comes across in the end result.

Individually our personalities are very different so when brought collectively to the writing table there
can be fireworks (for better or for worse!).  We feel that this gives us our unique edge and sound. Either way it seems to work for us.

Helen tends to write observationally, frequently plucking from personal experience.   Her style leans towards the harsher sides of real life situations rather than trying to create a fictional world where everything is rosy.

RYL:  How important is to promote your music? What do you do to support it?

Between Waves: It is absolutely vital! Everything we can to be honest. Whether nagging promoters, making sure our face book is up to date.
Contacting radio stations. We always try to think of new ways to promote the band. We actually had a small run of audio cassettes for sale on our last tour which proved rather popular.

Most importantly for us though it’s all about getting out and playing as many gigs as possible. If we had our way we would be on the road 24/7.

Between Waves: Musically it’s done very much as a band. It normally spurs from one riff/idea that then blossoms when we all get our grubby hands on it.

The process can take anywhere from 1 hour to 4. It’s a fairly quick process. We trust our instincts a lot. If it feels hard to write then it will probably be difficult to listen to.

Lyrically it is something that happens away from the band. Helen will normally record the song on her phone, take it home and work on it privately.

RYL: Do you remember the day you wrote “Deceiver”?

Between Waves: Freedom to write what we love. Never compromising our sound for what might be in vogue currently. Daring to be different at all times.

Between Waves: (words of Helen) Ooh that’s a difficult one as my favourite tends to be the one I’m working on at any given time. That way the best is always in our next song 🙂

Lyrically I loved writing Paper Chain; I felt that the finished product said both what I wanted it to say and how I wanted to say it.

Between Waves: It doesn’t have a title yet but it’s certainly pushing us in to a slightly darker/heavier arena.

It definitely feels like the next stage for Between Waves.

Between Waves: The song Paper Chain is about ownership in relationships. Too often people stay in bad situations for fear of what will happen if they actually break the ‘chains’ and leave.

That said,  I’ve had people who’ve heard the song tell me how it relates to something in their own life which has been totally different to the story behind the song, which is great as it means listeners are identifying with the words and can relate it to their own situations.