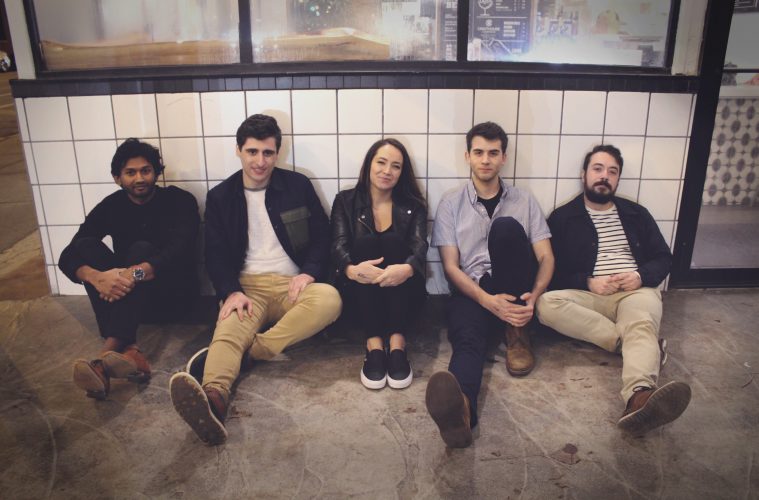 Most of the time, it starts with a random line that just pops into my head – or, in the case of “Sadie” and “Paper Queen,” our drummer Kevin’s head! I think about where that line came from, how it could be interpreted, and what story kind of story I can tell based on how that line strikes my imagination. But that first line is usually the only thing that comes along magically… the rest of the song is pretty thought-out and goes through many iterations of improvement.

Being authentic. It’s easy to sense when lyrics aren’t inspired by something meaningful to the person writing them. I feel like I hear lots of songs about being the good guy or victim in a given situation. We’re all human, we don’t do the right thing 100% of the time (except for Keanu Reeves, obviously), and I think it’s important to be honest about that in music because that vulnerability makes for good songwriting.

Probably “And like a curious slave, I took an axe to my chains in an act of pure contrition.”

What inspired “Curious”, part of your latest EP “Paper Queen”?

‘Curious‘ is a pretty vulnerable song. This one is about the loss of faith I had in my early 20s. Religion was a core part of my life for a long time. I was very active in the Catholic Church as a teenager and into my college years, and at one point considered leaving school to become a priest. But, for whatever reason, things changed and religion is no longer a part of my life. It wasn’t this slow process of just attending church less and less – there was a real moment where I had an intense change in mindset, and decided to completely shed a large part of who I was. It was very liberating, but there’s also a lot of resentment and feelings of betrayal left over from that time in my life, which I think comes out in the vibe of the song. Not all the members of Violet Crime necessarily hold the same beliefs as me, the song is about my personal journey.

‘Sadie‘ is a LOT more light-hearted. One day Kevin just showed me this chorus idea he had, which is now the exact chorus of Sadie. I loved the idea and just kind of took a stab at a more basic love & loss song. Sadie is much more about the actual tune than the lyrics. We wanted to capture an old-school soul rock sound and I think we did just that!

Do you remember the day you wrote “Young”?

Sort of – it happened over a week or so. I had just gotten this new Roland keyboard and was playing a lot of piano. One day that very simple verse chord progression/melody came to me, and the words just kind of fell out once I started jamming on it more. Once the main idea was there though, it took a few months to really get it right.

I’d say some common themes would be silliness, honesty, and vulnerability.

What is the best suggestion your producers gave you?

Don’t get too attached to how your songs are in their current state. The songs changed a ton in the studio and it was all for the better, but it took us a while to let go and have Sam and Derek apply their expertise even if were hesitant about the changes.

Play some big shows, grow our fanbase, and record another album!