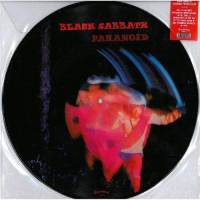 And now is the time of Black Sabbath, the band of Ozzy Osbourne,the band that started the Heavy Metal.

Do you know when the words Heavy Metal are coming from? From 1969 movie “Easy Riders” …….I like smoke and lightning, heavy metal thunder …racing with the wind.

Obviously the movie was referring to Harley Davidson, but, one year later, Heavy Metal started for real…..as a rock n roll.

Black Sabbath, Deep Purple, Led Zeppelin, Motorhead are only few of the bands that represented this genre.

Their style is indeed dark, horror, occult , the band sold over 95 millions copies and their lyrics were talking about political corruption, social instability and drug abuse.

We could write a lot about the band, the problems between the band members, the fight between Ozzy and Iommi or a lot of rock myths…..

Do you remember for instance the story of Ozzy that literarily chopped of the head of a dove and a bat? this was crazy…..and, apparently, it happen for real…..it seems that Ozzy said it was true and even that the bat tried to bite him!

We decide to tell to you episode by episode while we ail discover together several songs made by the band.

Today we will talk about the album and the single PARANOID.

At the beginning the band didn’t give enough importance to this song also because was created pretty fast.

The song was published as first single from the album and reached soon number 4 position.

The song talks about paranoid…….even if (strange enough) in all the lyrics there is no a single reference to the word.

We don’t know who is the man of the song but for sure is something related to his depression.

The band split one year after for the first time……..and came back together in 2011 for the last time………

A tour is announced and soon should hit our cities…….we hope Ozzy will be ready to sing it again for us!