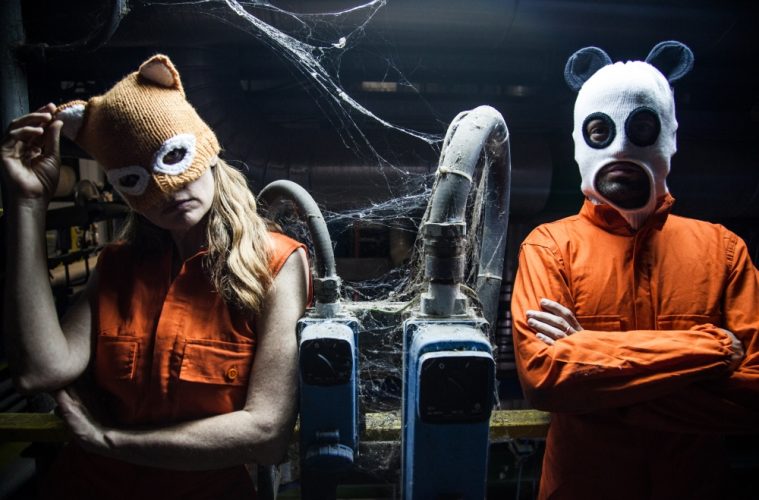 Lyrics can come to me to me at any time so I have an archive of thoughts and words in note form on my phone, without apparent linkages, they are just phrases and ideas. Sometimes a song comes together by collecting those words and rearranging them. Sometimes (as happened quite often with BDR) my bandmate Panda gave me an idea or a concept and I sat down for a few hours and wrote a whole song there and then. It can take months, weeks or just one hour. Sometimes ideas flow, sometimes they don’t! 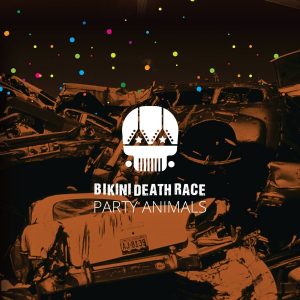 Lyrics have always been important to me and often I fall in love with a song for its combination of sounds and words. Personally I am happy when songs say something to someone. It doesn’t matter if what I’m thinking about when I’m writing it is the same thing a listener is thinking about when they hear it. I just want people to connect to the song in some way and it to have some kind of meaning to them. I don’t know if I achieved that as a songwriter but it is what I aspire to.

Not really because I guess no one except you (and sometimes not even you!) knows what you are revealing and if you are even speaking about yourself in a song. It’s a form of expression but I don’t only write songs about personal life/experience. I would want people to see what they want to see in the songs and if they want to believe that they are about my personal life that doesn’t bother me. Everyone is free to think and judge, if not what kind of world would it be?

I still have to write ‘the best lyric I ever wrote’.

What inspired “The Rabbit Hole”, part of your latest album “Party Animals”?

The idea for ‘The Rabbit Hole’ came from Panda Guy. I remember very clearly the day he wrote me on whatsapp asking me to write a song about the feeling you get when someone enthusiastically shakes your hand, asks how you are etc. and you have no recollection of who they are. After a bit of virtual brainstorming with Panda to make sure I got the concept straight, I started immediately to try and capture that feeling and those moments in a song. I wanted to paint a scene at a party I guess, of a guy recognizing me, looking at me, talking to me etc. and me wanting to be swallowed up by the ground to escape the scenario, hence ‘slipping further down the rabbit hole’. It wasn’t that difficult because I get this sensation quite a lot in real life! Now whenever it happens I say that I’m having a ‘Rabbit Hole moment’.

I wonder if people out there have ever been chatting to a person and as they talk you imagine kissing them? It certainly doesn’t happen often but there have been moments when I have had that thought flash through my mind! This song is about that. It’s about having to endure someone ‘attaccando una pippa’ as we say in Roman (‘rabbitting on about nothing’ might be a translation of that), when actually all you want them to do is stop talking, close their eyes, pull you close and start making out with you!

Do you remember the day you wrote “Not Sorry”?

Yes, I wrote most of Not Sorry on my journey to work one morning on the metro. It was one of those songs that came out fairly easily. I probably got the idea because of my experience of being English in Rome. This experience has made me realize that I say sorry a lot, for a myriad of reasons and often there is absolutely no need to say it and most of the time I probably don’t mean it. It got me to thinking that it could be the curse of the English. Not Sorry is the only song on the album that I wrote before a melody had been worked out. Around the same time Panda sent me some ideas for tunes and, although he hadn’t seen the lyrics one of those melodies seemed to fit quite well so I adjusted the words a bit and we decided that we could make it work.

I can’t really say I have had a ‘career’ in music! There have been a lot of great moments with BDR though. The best was probably playing a gig in my home town in the UK, when a fan in a panda hat came on to the stage to dance with us and panda went into the crowd with his bass. Other great moments were when we were recording and felt a click between our words and music, our release party and the day we got signed to a label. It has been so cool so far! I can’t think of a bad BDR moment and I really hope there aren’t any around the corner.

To play as many gigs as possible, to hopefully reach our objective on our crowdfunding campaign so we can press a vinyl of ‘Party Animals’ (makes me soooo excited imagining that that could even happen), oh and would we be able to do a plug for that since we are speaking about it?! Here is the link https://www.musicraiser.com/projects/10791-limited-edition-vinyl-of-party-animals