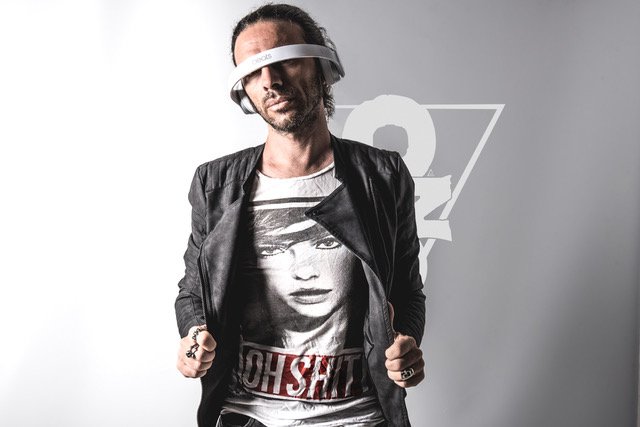 Past Is Lost – Interview with oZZo

Let’s talk about your new album “Past Is Lost” has just been released….is there a link/something that connects all the lyrics of the album?

Hi everyone. Let’s start from the album title: #pastislost it’s the right wording ‘cos words and lyrics for oZZo are very important.

# (hashtag) it’s a way to keep pace with the times, to speak to people who talks only on web but it’s also sarcastic; I mean, it seems nowadays the only way to speak to audience is social or through #.

One year ago I did a lyrics video about “Nothing but you”, the first track I played (as dj not as a band). You can find the other lyrics directly on my website: ozzo.style

Not at all. #pastislost in an EP but mainly a concept (mini) album. I needed to tell everyone what i’ve done and what I felt. It’s really a need to confess fear and pain, a sort of catharsis.

Eheh it’s a long journey. I started in early 90’s with PHP (psycholiday project) in the great times of italian hardcore. We mixed up old and new school, N.Y. and L.A. hardcore and we had a lot of fun together till 2003 I think. Then I continued in side projects till 2011 when I built up Audrey. It was a magic moment for me ‘cos I started a new project with hardcore attitude but not playing old hardcore.

We used to play a sort of numetal/metal core with pop chorus and a lot of electronic inserts (we did also a Depeche Mode cover).

In the meanwhile I played for two years in MELLOWTOY (italian numetal band) and we did a lot of festival all over the europe.

Thanks to my job (i’m a photographer and designer) I did a great experience and I met a lot of people who influenced my lifestyle and my music taste.

In the 2015/16 Audrey’s story came to end (before I left mellowtoy) and from 2016 to 2017 thanks to Marikey DJ (a great italian DJ) I started my little new career as DJ. I can’t bear to be without band and music so I married my old passion – DJing and electronic music.

I love mashups and remixes so after 1 year I wrote “Nothing but you” the first song of the new “solo” project oZZo.

An old friend of mine, Alessio Corrado, gave me the voice for the project and I produced the song with the help of Jacopo Festa and Matteo Magni, my studio producer.

From that song I built up a mini ep #pastislost, with the supervision of Jacopo Festa, where I put all my influences (music and fears).

I have no label and no distributions till now ‘cos at the begining the project should have been just a game, but after the first live set (as a real band) my hunger of stage grown up.

It’s hard to say cos I’m really a fashion victim and my childhood is very far. 🙂

I could say “Wild Boys” duran duran or “Like a virgin” Madonna when I was really young.

As you see, I had a lot of influences. 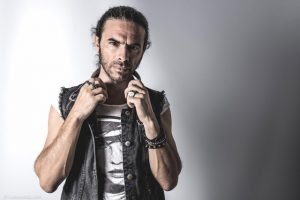 If you mean LP vinyl, for sure “Leche con carne” No use for a name

It’s the first time someone asks me a question like this; I’m pretty honest telling that my favorite song are the one who talk about life and feeling but my judgment is influenced from the melodies of the lyrics

I could tell you “The Hurricane” Thirty Seconds To Mars.

What inspired “As fast as you can” ?

Musically speaking I was completely surrounded by dubstep and trap (the real trap not the one we listen here in Italy); in that days I found out an old Ronnie Size CD too.

Alessio sent me an acoustic gtr + voice take and i remember i said “ok it’s perfect in church ahahha so I’m sure It will work even on earth” ahahahah.

So I focused all my attention on the refrain (i’m going down down ….) to make it as catchy as i can and with the help of Jacopo in studio we chose sounds closer to dance and dubstep than metal ones.

Do you remember the day you wrote “Change”?

I remember perfectly the day ‘cos I was at the begining of the project, I was in studio with Matteo Magni and I told him I needed huge gtr cos I wrote too much song only with drum machines traktor and electronic stuff.

I didn’t want to forget where I belong.

I wrote the lyrics of this song during a strange period. I was a little confused about my lifestyle and oZZo project.

My real problem in life is “If I had you once you ll be mine forever” and I m not talking only about sex or love, i mean even in friendship.

So choices It’s a cathartic song : I started with “I’ve got some pain to live” “I feel the distance you set between us” and I finished with “I gave you all my life” “ I feel this fear again” as my life was a full-circle.

I played as oZZo band just one show in Milan , the debut show and it will be as the first love. (I’ll never forget it).

As gtr player It was for sure KRock u Maybutne festival, 2012, Kherson, Ukraine with mellowtoy infront of thousand people crazy for us.
Also the debut show with audrey in Kiev was great (supporting Dead by april) in 2013

Good question! For sure before this summer i’m going to release 2 remixes of my song trying to reach more people and music tastes.

But I’ll focus my attention on writing new songs to add to my live (band) set so I can start touring this autumn.