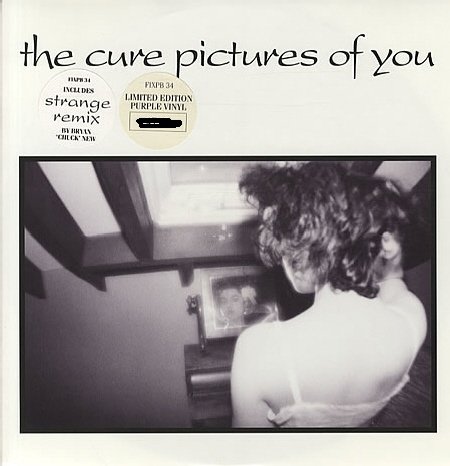 7:24 minutes, this is the original duration of this very important song for The Cure (later changed in to “easier” 4:50 minutes version ).

The year is 1989 and the album is “Disintegration”, the album that was used by the band to go back to their roots, to an alternative goth and metal rock.

During these years the Brit Pop scene was starting to appear (Oasis would have been created in 1991 for instance), the band and especially their singer Robert Smith knew that……Disintegration is also a way to affirm once again who were The Cure.

Like “Lovesong” included in the same album, also Picture of You is talking about the wife of Smith…..did you know that all the songs of the album have been written by him apparently with the willingness of doing a solo album?

In fact, one day a fire developed in the house of the singer, burning a lot of personal effects….. Robert saw, among all the objects a picture of his wife Mary that was “saved” because it was inside an old wallet.

Is this mix of r omantic and poetic songs with others more “goth-rock” that differentiate the style of The Cure and it makes it a true alternative and original rock band.