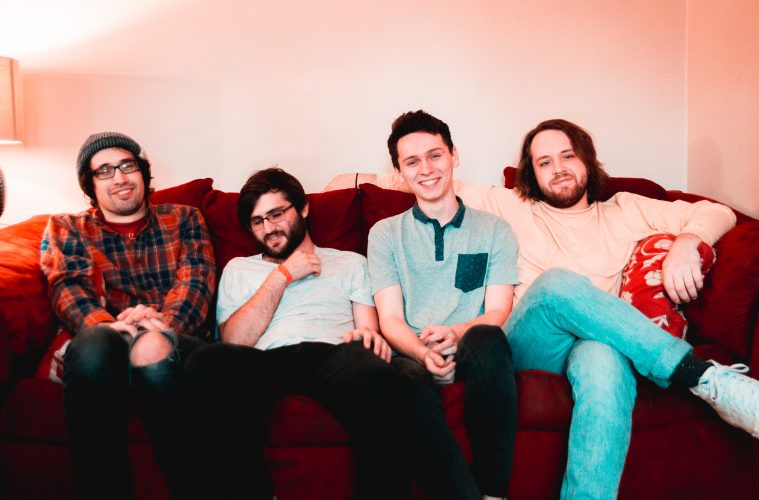 Your new album “Pilot” has just been released, can you share with us the most difficult moment of its preparation? Any crazy/funny behind the scene?

Chris: The hardest part of making “Pilot” was the last two days writing the record. We really only had two or three songs done at that point, so we were up for like 48 hours writing the rest of the record to have it done in time. It was pretty stressful knowing we were so scrunched on time, but we made a record we’re all proud of. Nothing super crazy really happened behind the scenes just because we didn’t have enough time to be messing around, haha. 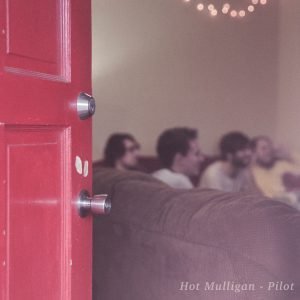 Tades: I used to write mostly in metaphors. Chris suggested I try to write a little more bluntly when we were putting together Opportunities and it made the process a whole lot easier. I pour out whatever I’m thinking about and then I make it rhyme. It’s straightforward and pretty easy to do. Especially when it’s all about the bad stuff circling my head. It’s similar to journaling, I guess.

Tades: I’m proud of Scream Mountain. It’s probably different for the others, but it feels good to sing and the melody is fun and the lyrics very accurately express what I wanted them to express.

Tades: So Chris’s was something like All Time Low. He was all over the Pop-punk stuff. I was pretty late to the game when it comes to developing taste. The first band who I knew every song was Rise Against. They still rip. Other than that, it was mostly emo or scramz or punk. NOFX and American Football and Acidic Tree. It was a big jumble of different genres.

Tades: Fat Wreck Chords compilation album and it was sick. Lagwagon was on it. That band still rips hard.

Chris: Everything up until now has just been new. I never really had experience in the music industry before this band. I’ve learned everything along the way, aside from things I read on the internet before starting this band. It’s been really cool to be aware of some of the tastemakers, record labels, booking agents, etc. before the band started but then coming together to work with them now.

Chris: “Deluxe Capacitor” is inspired by just real life. I went back home for spring break my sophomore year of college and revisited places I used to go with friends or girlfriends when I was in high school, but I was alone this time. I realized I wasn’t really friends with the people I used to talk to on a daily basis and that I had no desire to spend time with the people I used to. At the same time, I had just spent a year living alone with no roommates and not really seeing my friends. I became a lot more introverted than I used to be. Overall, I guess it’s just saying that people change.

Do you remember the day you wrote “Pluto was never a planet either even”?

Tades: Chris and I were at his old apartment trying to make a song where I could sing pretty. It didn’t exactly work, but we got close and it’s the effort that counts, right? Either way, we made Pluto the way we had made a bunch of our early material. We were hanging out in a living room with an acoustic and nothing else to do. It was a cool day.

Are you ever scared of revealing aspects of your  personal experience, to strangers through your music?

Tades: Absolutely not. Some people might not want to let others eye over their brains, but I’m not worried about it. I’m not writing for anyone else. I want to make something that I like with my friends. The lyrics are all things that make me upset. I get them out, and I make something I can be proud of. Win-win.

Tades: Scream Mountain is about God. I used to be a Christian. My dad had me go to church on Sundays and Wednesdays and we’d pray before dinner. I loved it, too. It was all good and dandy until I realized that prayer wouldn’t do anything. I’d pray for my family and they’d die or go nuts. I figured that even if he is real, I don’t want him in my heart or close to people I love.

Tades: The others might have different answers, but the show we recently played in Lansing with Knuckle Puck, Boston Manor, Free Throw, and Jetty Bones was absolutely amazing. The crowd was insane and there were friends all over. It was a great time. And banana man was there. Banana man is a good dude.

Tades: My individual plans are to find a job that’ll let me tour, play God of War 4, and steal a Switch from a GameStop. As a band, we’re just looking to keep the engine running. Tours and festivals all over. Stay busy and hang out with our friends across the country.