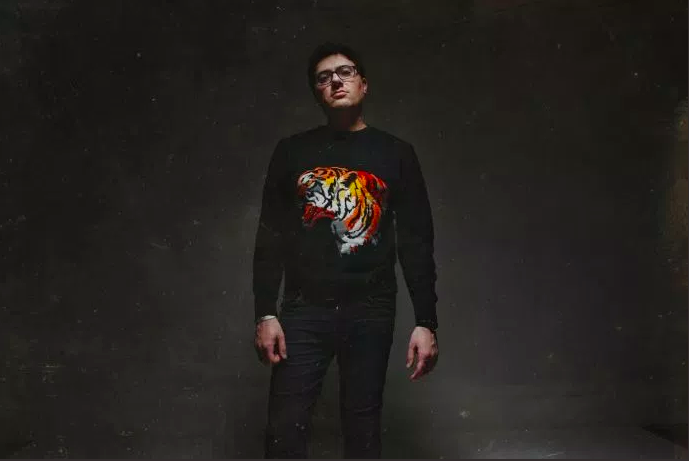 Pink Orange Red (Phillip Tubbs of Cigarettes After Sex) has shared his new single “Rollercoaster“. This track follows the singles “We All Fail“, “Exx” and “Firelights“. All of which will be featured on the album ‘Firelights‘, due out later this year.

El Paso-based musician Phillip Tubbs, under the pseudonym Pink Orange Red, has been writing and performing his own songs since his early teens. Phillip Tubbs is the sole member of Pink Orange Red which makes music in a dance style with a focus on classic songwriting and personal lyrics. Most recently he left internationally known band Cigarettes After Sex to refocus on his own music. In Cigarettes, Phillip played electric guitar and keyboards. In Pink Orange Red, Phillip takes care of keyboards, guitar, vocals and all programming.

The Pink Orange Red singles seeing release were recorded just before Cigarettes After Sex went viral. After having toured the world, recorded an EP and two full lengths with Cigarettes After Sex it was clear Phillip needed to release his own music and find his own success. Greg (singer of Cigarettes) and Phillip always knew one of them would make it first and the other would follow suit. Pink Orange Red was founded to that end. The songs aim to be honest and direct with the same pop sensibility Cigarettes After Sex are known and loved for. His last three singles have gained a cult following online with his latest single “Rollercoaster” to see release in early January.

BIFFY CLYRO Release New Project ‘The Myth of Happily Ever After’