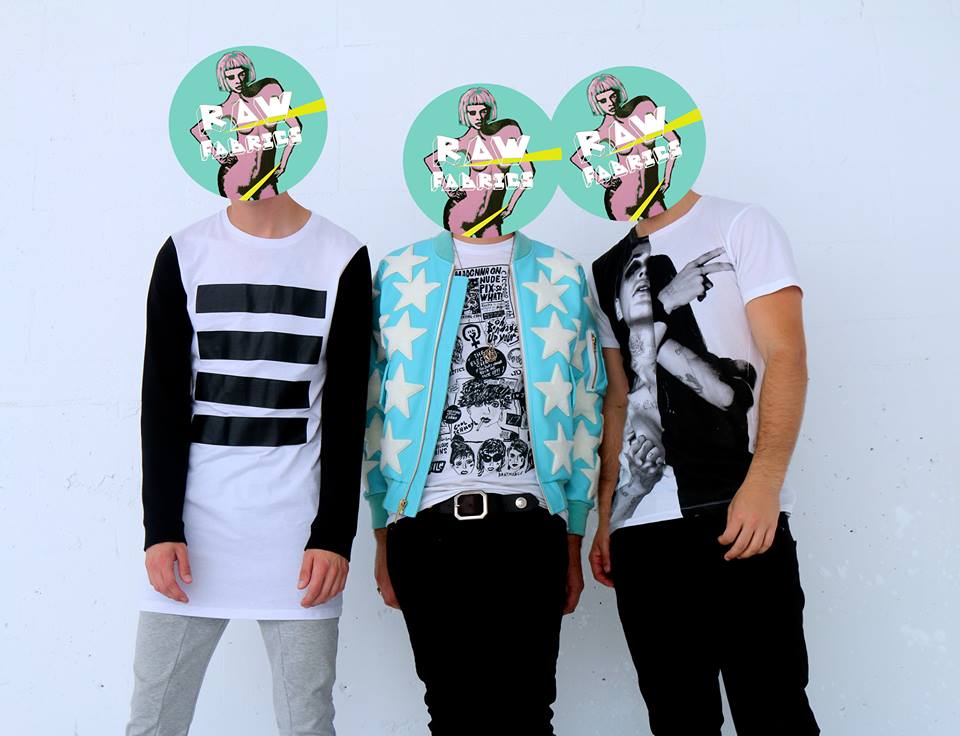 RYL: Your new EP “Plastic Joy” will be released at the end of summer, which is the main challenge that you encountered while recording it? What does it mean for you, lyrically speaking?

Raw Fabrics: Recording the EP took place in a few different stages. First was tracking the band live, which we did all in 1 day with Joe Chiccarelli engineering the session.

After that we added more of the electronic elements like drum samples and weird noises – we were polishing things as well as making everything sound more unique.

The last step was recording the vocals, which happened about two months after because we had been on tour. Since it was our first self produced EP, the most difficult part was staying focused and not to get lost playing around with the songs.

Lyrically, Plastic Joy is about how sometimes you can get lost chasing your goals or anything else. It’s about the confusion it causes and the search for happiness is replaced with the search for plastic joy.

RYL: Which is (out of the new EP) the most meaningful song for you?

Raw Fabrics:  I’m most excited about the song Beast. Lyrically it has the ability to free people from themselves. It was inspired by themes of self doubt and self sabotage and the feeling of what its like to go through that. You have to realize what’s going on to stop it.

Raw Fabrics: I love it when you can listen to a song and really relate to the artist or learn something about yourself and gain some insight into your own life.

The goal for me, writing lyrics, is to say something that sparks a positive change in someone else’s life – that’s amazing. I really love that idea and I think that may tie a lot of the songs together.

RYL:  Who has given you the best advice in your career?

Raw Fabrics: Good question. It has to be our manager Beth who said “It’s really easy to start overthinking music, half of the battle is knowing when to stop”

RYL: How do you, usually, write the lyrics and music for your songs?

Raw Fabrics: Most of the time it starts with an idea for a song, a theme or a musical experiment. The best songs come really easy and fast.

I’ll have an idea then I’ll record a demo version, kind of mix and match melodies and usually the music will lead to what the lyrics should be.

RYL: What is behind the verses of “Move Over”?

RYL: What is the most important thing for you while doing music? And your guilty pleasure?

Raw Fabrics: The most important thing is feeling relaxed and getting the good vibes going. A good environment to make music is always great. Somewhere warm is a plus.

Raw Fabrics: The first verse from Beast. It says a lot in a few lines and I think it’s really powerful.

Raw Fabrics:  A song called “Take my Troubles”. I’m not sure if it will see the light of day haha.

Raw Fabrics:  We are headlining The Roxy in LA 8.18 and we have more tour dates being announced soon that are going to be in the fall.

RYL: Do you remember the day you wrote your first song?

Raw Fabrics: Barely, I must have been 12 years old or something I think it had something to do with mosh pits haha