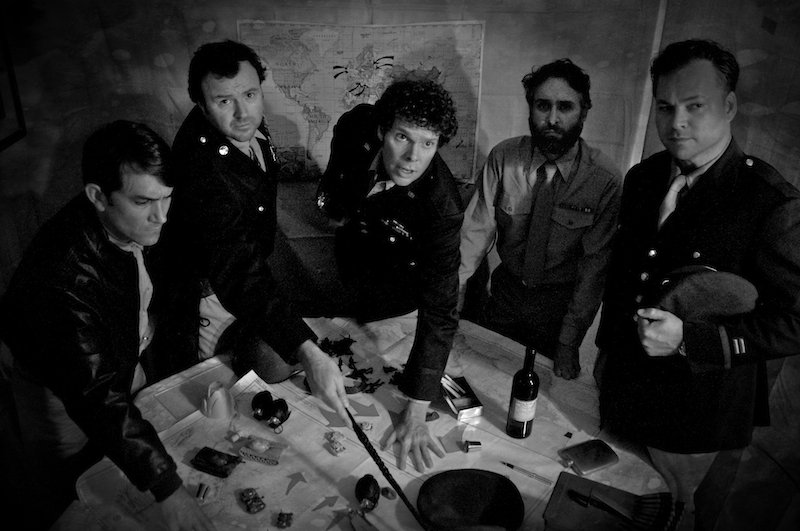 RYL: “Pleasant Living In Planned Communities” is the title of the new album released few weeks ago……one big curiosity …..why this title?

WORMBURNER: We sourced a lot of the album artwork images from a Bethlehem Steel executive recruitment brochure dating back to 1960 or so.

It felt like such an antiquated notion and it made for a unique juxtaposition against the album’s more turbulent lyrical content.

RYL: Among the new songs released is “Somewhere Else to Be”….What inspired its lyrics?

WORMBURNER:  I used to live in Greenwich Village, which, from a historical perspective, is obviously notable for its gay population.

But the gay population of Greenwich Village is nowadays really aging.  Younger gays seem less interested in ghettoizing themselves, which was a necessity for previous generations.

When you do see a younger gay guy cruising the bars of Greenwich Village, it’s sometimes the case that he’s a hustler and that he’s there seeking the attention of an older, moneyed clientele.

That’s where the song’s character Daniel came from.

WORMBURNER:  The album’s cast of characters include a downed airman in WWII Europe, a 21st Century soldier returning home from battle, and a transient gay hustler (Daniel as noted above).

So while there’s not a common storyline that spans the album, hopefully there’s common theme in that all of the album’s characters face some sort of struggle, are often misunderstood or marginalized, but still maintain a sense of dignity tied to their own individual identities and the work that is required of them in their lives.

RYL:  Do you remember how you wrote “Dolores, If You Please”? It is our favorite…

WORMBURNER:  I wish I could remember this more clearly.  But “Dolores” was one of the first songs written for this album, so it’s been awhile since its inception.

And we actually haven’t played it live very often.  You’re the first to call this song a favorite, so perhaps we ought to reconsider including it in our live set. 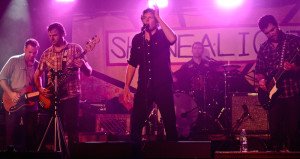 WORMBURNER:  For starters I should say that the music almost always comes first.  The way we write as a band is that he music tends to come to life collaboratively in the practice space.

This usually includes the vocal melody and some sort of placeholder phrasing for words that will come later.  Then I go off on my own to get the lyrics.  One thing that works for me is walking around New York City.

If you’re lucky, the song starts telling you what it’s about and the lyrics just sort of unfold along the way.  Bob Dylan says you can write a song anywhere, and that “it helps to be moving” when you do it.

That’s a formula that definitely works for me.

WORMBURNER:  I think my favorite couplet on our new LP is from the song “Somewhere Else To Be”.  That’s one of the songs featuring Daniel, the young gay hustler who cruises for older Johns in downtown Manhattan.

As we come to the 3rd verse, Daniel’s youthful looks are fading and he is worried that he’s aging his way out of viability.

That’s where you hear the lines “Try losing your last years of youth turning tricks on 8th Avenue / Then try telling yourself you could still pass for you if you wanted to”.

To me, there’s something universal about that second line.

We’ve all had experiences which have worn us down and aged us.  Sometimes to the point where we hardly recognize ourselves.

RYL: What inspired Hopscotch Gunner? We heard is related to the second world war… Are we right?

WORMBURNER:  Yep that’s the song about the downed airman in WWII Europe.  Anyone who’s ever had more than a few beers with me knows that the conversation will ultimately end up landing on the Second World War.

I’m kind of obsessed with it, and “Hopscotch Gunner” is the first time that obsession has made its way into a Wormburner song.

RYL: Let’s go back to 2007, you released the song “Bells of St Ignatius”,what is the meaning behind its lyrics?

Now that I think about it, it might actually be the first Wormburner song featuring this marginalized and isolated figure who would end up being a kind of recurring character in my writing.

A lot of people tell us “Bells of St. Ignatius” is the best song in the Wormburner catalog.  What’s fun is that, since we only play the song for a certain span of weeks in any given year, we never get tired of it.

And every year the song seems to get more and more attention.  It finds its way to new holiday playlists and it gains us fans in some far-off places.

RYL: When you will go on tour?

WORMBURNER:  We’re looking at some tour dates in early 2015, but it’s too soon to call anything finalized. 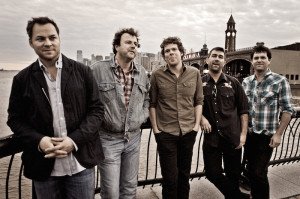 We played some West Coast dates in support of our previous LP, and those were tremendous fun.

I’d like to think we’ll play LA again, and hopefully Seattle since KEXP continues to be so supportive.  San Francisco would great as well.  We’ve never played there, and it’s one of my favorite cities.