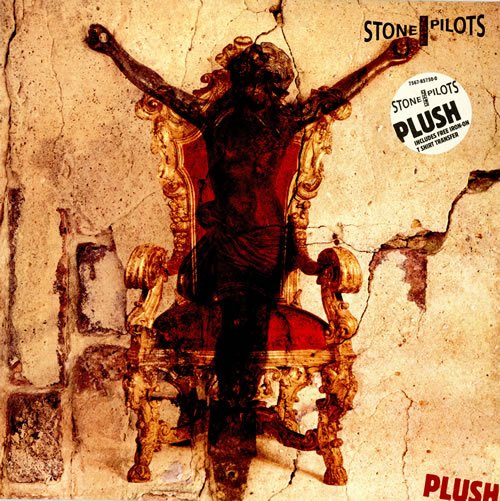 STP a name that comes from a brand of a motor oil company then it became Stone Temple Pilots (much better than the proposed name Shirley’s Temple Pussy).

The band has its origins in San Diego, California and was formed, back in 1986, by Scott Weiland (singer, from 2003 till 2006 of Velvet Revolver), Eric Kretz (drums) and Robert and Dean De Leo (respectively base and guitar).

Their rock at the beginning was categorised as Grunge, then better defined as alternative rock (indie rock).

The band stayed together till 2003 then they split apparently mainly due to excesses of Scott Weiland that brought the lead singer to be arrested several times.

In 2006 the band announced that they were thinking to get together once again and in 2008 they started an US tour with more than 70 shows.

Their first album was relaxed in 1992 and it is called “Core” and the lyrics of its songs are mainly related ( as Weiland said) to the humanity that is leaving a period of confusion.

Plush is the second single from the album and it has been written by Scott that said that the lyrics want to express a metaphor of a failed friendship or love.

The song was inspired by an article that was talking about the disappearance of a young girl in Seattle (or San Diego).

It has been released in 1993 and , one year later, it won the Grammy award as the Best Hard Rock Performance.