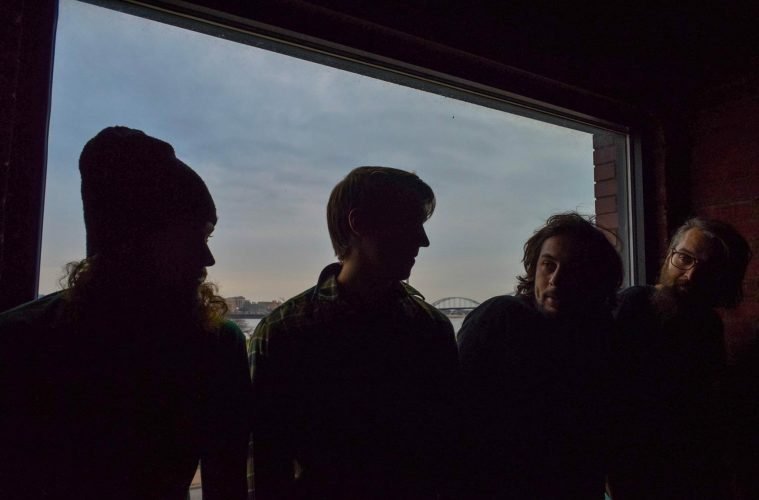 rockyourlyricsNovember 19, 20180 views
Rock Interviews0 views 05 min read
How do you usually write the lyrics of your songs?
Usually the lyrics are written in the very beginning for me along with the chords of the song. My emotions usually drive my life so the lyrics are always a driving force in the concept of the song, usually just how I am feeling that particular day.
In your opinion, what is the most important thing in songwriting?
I think patience is the most important thing as well as going back over the idea a few times. I must admit that I could use some of my own advice here as I despise going back over a song. I always love the initial cerebral ideas most.
Are you ever scared of revealing aspects of your personal life/experience to strangers through your music?
I’m pretty much an open book, and I’m also a little bit of a crazy person.  I feel that from our songs one may be confused as to which songs are “me” and which ones are “concepts. “. I mean most of our songs are about me being a massive headcase, so I’ve accepted that most people will acknowledge that. I’m ok with it I suppose.
What inspired “Don’t Hug Me I’m Scared“, part of your latest album “Politics in the Time of Heroin”?
“Don’t Hug Me” was written in Gowanus area of Brooklyn in a hotel room. I was working for two weeks in the same place so I felt very cooped up, like I was in the shining. On week two I just started dancing around my room with a drum beat I was singing. I made it all in my head in one day going over how odd I was feeling. In the end some of the lyrics really dive into me feeling pretty picked on in early high school days. Some things I just can’t let go.
And “Lonely Boy”?
I was feeling sad because I had to miss my now 8 year old son Holdens birthday because of touring. The idea was initially called Holden, my boy Sometimes I feel guilty for being gone, this song is about the pure sadness of not being around, all the while having the most love in the world for somebody
Do you remember the day you wrote “Somebody Else”?
I do. Stu and I were on tour together I think in Chicago with Sufjan. I had this vision that I wanted to do a duet song like how Kenny and Dolly did islands in the stream, but much darker and sadder. So I played a voice note of the chords, stu crafted the piano and then we both looked at each other “whoa”. This song is one of those, is it me or is it a story? I feel it’s a little of both.
What was the best moment of your career? And the most difficult one?
Best: opening for El Vy for their European tour. We met a lot of great people and earned a lot of fans.
Worst: driving to New York from Detroit in a massive blizzard in a 1980s shitty van. To make things worse we were driving thru The mountains on interstate 80 when it hit. It took an extra 9 hours.
What are your plans for the upcoming months?
We are planning to tour hard in 2019 starting with trying to get on a  bunch of SXSW shows and then touring through the year.  We will also be releasing an EP soon, as a therapeutic way of me coping with the accident I had in February.  So the EP will be a little angrier and a little heavier, but it’s just me dealing with myself!! Look for that in March/April ‘19.
To conclude the interview a short Q/A session, please answer the first thing that comes to your mind:
• Define in one word your album “Politics in the Time of Heroin “: Melancholy.
• The best show you ever played: Dublin.
• The one thing that you must have in your backstage: Vodka 🙂
• The soundtrack of your childhood: The Rad Movie soundtrack (1987).
• Your favorite song lyrically speaking, but not written by you: Heart shaped box.
• Last question is “unusual”, we want to know your best relationship advice: Stay faithful. Work hard. Make time for your significant other but don’t lose self identity. Things constantly change. Always will. The best we can do is to smile and embrace one another with love.