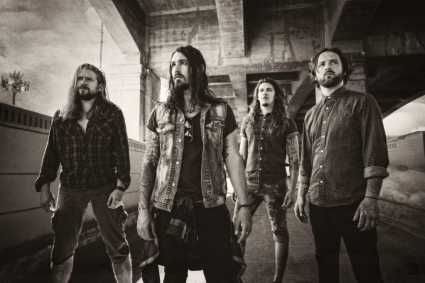 RYL: Your new album “Polyester Zeal” will be released in just few weeks, which is the main challenge that you encountered while recording it? What does it mean for you, lyrically speaking?

Red Sun Rising: The biggest challenge we faced in the recording of Polyester Zeal was choosing the material.

We had written so much going into the recording process, then continued to develop new ideas once we hit the studio.

We had to figure out what this album was to us and what songs best articulated that concept. Lyrically Polyester Zeal is our story leading up to this point. Our trials, tribulations, and realizations are all represented in this album.

RYL: Tell us everything about the song “The Other Side”

Red Sun Rising: The Otherside is exactly what is sounds like. Its hard see the light at the end of the tunnel. Especially when your struggling or at an all time low.

Once you make the choice to fight for yourself, those lows can become just a place from which to grow.

We chose to make Otherside one word because it represents an idea or the place that is reached when one breaks the threshold of whatever it may be that is hindering their lives.

Red Sun Rising: We draw inspiration from a variety of life experiences that all of us have. You could say that each song is like a little short story from the perspective of that particular writer.

Red Sun Rising: That changes at every stage of our career. There are different tiers of advice. Bob Marlette recently said something that inspired us while recording.

He said “Think of your songs as a compilation of moments and make everyone count!”

Red Sun Rising: One of almost always has some new material on guitar or some lyrical concept. We bounce the ideas of each other and if something really grabs us then we start our process.

The lyrics are always inspired by something going in our lives, or some new subject that we are obsessing over.

RYL: What is behind the verses of “Push”?

Red Sun Rising: This song was inspired by the narcissistic and two-faced nature of a certain individual that (Mike) knows personally.

The fact that this individual hates being ignored so its almost as though there is a constant need to create controversy then to spin the situation to then look like the victim.

Which is where the push and pull come from. The verses themselves just describe the nagging for attention. 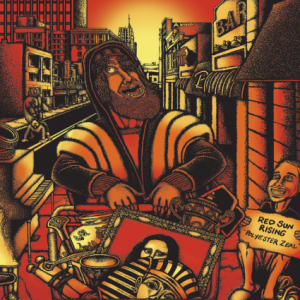 Red Sun Rising: We will have to leave that up the fans.

Red Sun Rising: There are so many! We write constantly. We are recently finishing one called Rose. Very Excited!

Red Sun Rising: We are finishing up the summer with Pop Evil then heading home to have our album release party. The show will be at the Kent Stage in Kent Ohio August 29th.

RYL: Do you remember the day you wrote “Amnesia”?