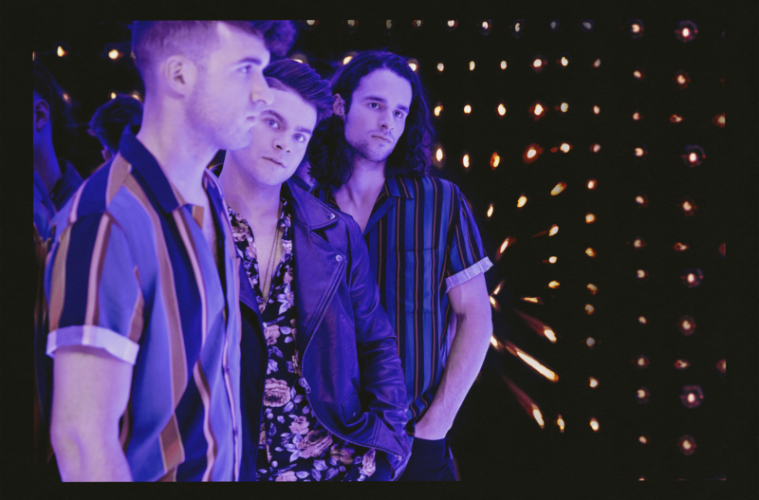 Atlanta-based indie pop band OBB (Curb | Word Ent.) premiered the official music video for “Close By.” It’s a song about missing their significant others while on the road, just in time to head out for a nationwide summer tour!

The three Oswald brothers who make up OBB used their real-life wives in the video to illustrate the joy shared when next to a loved one. A grainy visual effect makes the video feel nostalgic, like watching old home movies.

“Close By” follows the success of “7 Billion“, which is currently being played on Pop and Alternative radio stations nationwide and has accumulated over 500K digital streams!

OBB is also proud to announce the following tour dates:

Tickets are on sale HERE.

OBB is an Atlanta-based pop-rock band comprised of brothers Zach, Jacob and Nich Oswald. The trio have spent years on the road, performing hundreds of shows to a combined audience of over 3 million. Their music has been featured in a global Google Chromebook ad campaign, three videos with top YouTube channel Dude Perfect amassing over 200M views, iHeartRadio’s Snapchat Discover channel, the Billboard Heatseeker’s Chart, and Spotify’s USA Viral Top 50 chart.

The video for “7 Billion“, written and directed by the trio themselves, was filmed mostly in Utah’s Bonneville Salt Flats, where several other major entertainment empires were filmed, including Star Wars, Knight Rider, Pirates of the Caribbean, SLC Punk, and more.

To date, the band has amassed over 2.4 Million views on YouTube and 11 Million career streams. OBB’s fans recently formed a Facebook group called The OBBsessed!